While many folks were out celebrating with beer and good food, I marked the St. Patrick's Day Feast by shooting another Colonial Shooting Academy IDPA match.

As usual, three quick stages were set up for our enjoyment. The first stage started with a holstered and unloaded gun. At the start the shooter loaded and engaged two close targets with three rounds each, before retreating up range to finish with two final targets on the other side of wall, also with three rounds each. An added challenge here was a high non-threat in front of the last target that caused some folks to get on their toes to shoot over it and avoid a penalty.

Stage 2 consisted of a large group of barrels strategically hiding six targets. Not all the openings between barrels held targets so it was a bit of a search if you didn't have your plan of attack well in mind. The final stage started with four targets partially blocked by non-threats and shot in tactical sequence from a seated position. You then moved to engage the final two targets around a barricade. Shooting while seated isn't something I've done often so it was a welcome challenge. 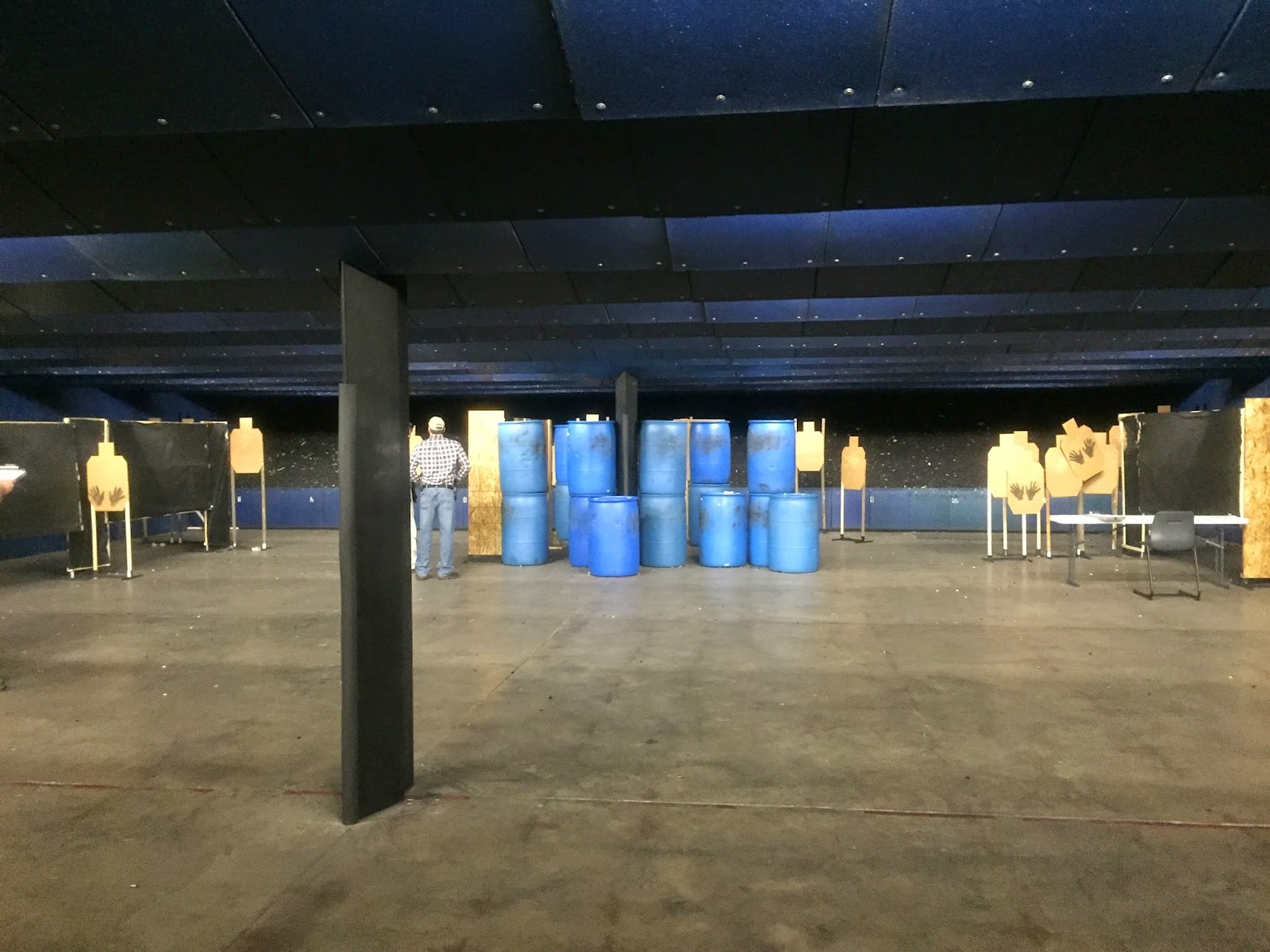 After accumulating an abundance of points down last week, I made a concerted effort to slow down to get my hits. Accumulating just 3 points down this week, I again finished 9th in my division. And even more interesting, for the third week in a row, ended up 15th overall. There's something to be said for consistency I guess. Now to work on speeding up and keeping the hits in the "down zero" zone.

These quick, weeknight matches are a lot of fun and don't require a large investment of time or ammo to shoot. The courses of fire are interesting but not overly difficult. Still, I wish it wasn't quite so far of a drive, but that's one of the things we accept living in Fredericksburg — it's a far drive to get most places! Now that the days are getting longer and I should be able to get to the practice range more, and also reinvigorate my dry fire practice, the weekly CSA IPDA matches will be a great way to confirm what I've practiced.