The other day, while listening to a CD from a pub band we saw during our last trip to Ireland, I started looking through the photos I had taken in the Emerald Isle. Some of those photos brought back memories of the tobacconists we visited while in Dublin. I've previously shared some of our pub adventures from that trip.

The first stop we made was Peterson of Dublin. Peterson's is well-known as a pipe shop, but they do have some cigars in the downstairs part of the shop. 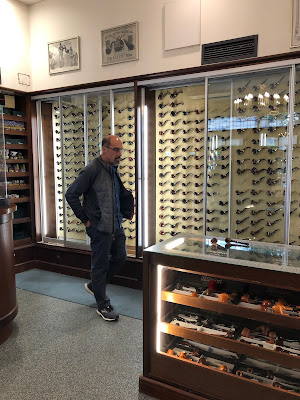 At the base of the stairs, there were stacks of empty Cuban cigar boxes. 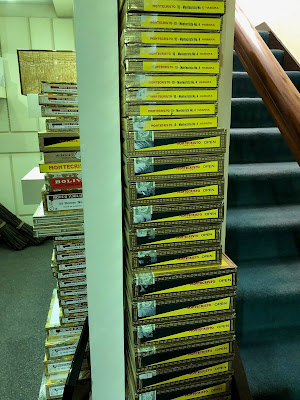 Also a display of cigar molds. 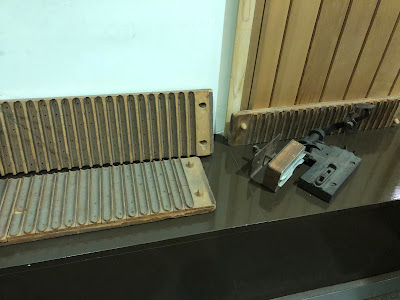 The basement cigar area had no staff, and no one appeared to be coming down to offer any assistance, so our visit was short and we continued on with our walk of the city

Our next destination was the Irish Whiskey Museum, which just happened to be located right next door to the famous James Fox Cigar and Whiskey Store. Both stops were places I had been anticipating with much excitement. 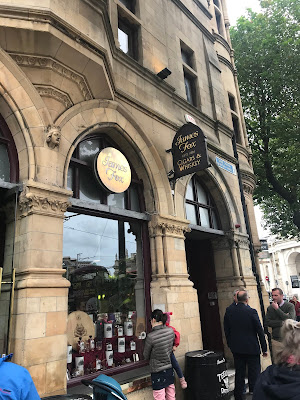 All the cigar sellers we visited, had cabinet style humidors instead of the walk-in humidors frequently seen in the States. They also appeared to sell only Cuban cigars. I do know that regulations prohibit the selling of both Cuban and non-Cuban versions with the same name in the same place. 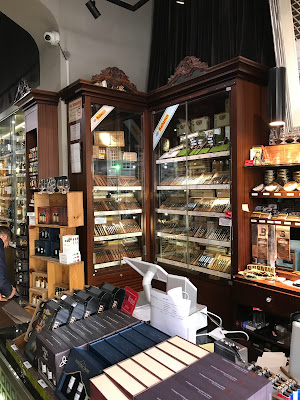 I enjoyed perusing the selection at James Fox, though it was a little frustrating due to Irish tobacco label laws. Regulations enacted in 2017 severely restrict the labeling on hand rolled cigars. Label designs are restricted to a specific gray scale color, as well as a single font selection. In essence, everything looks the same. Like most tobacco laws globally, the laws are simply "feel good" rules, in theory designed to prevent youth from spending their money on tobacco. In reality, few underage youth are buying expensive hand-rolled cigars — especially expensive Cubans. (Not surprisingly, tobacco laws typically have higher taxes associated with their passage.) 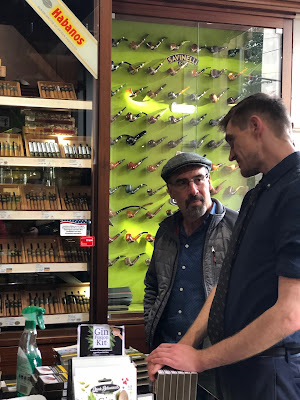 The staff at James Fox was friendly and helpful. I enjoyed a pleasant conversation with the clerk before choosing a small sampler pack for purchase. 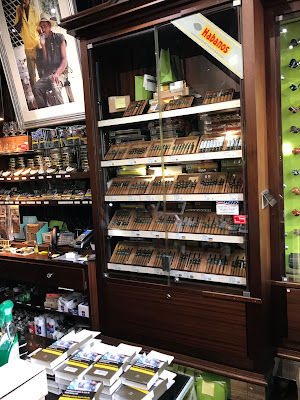 All too soon, it was time to head off to other stops, even though my traveling companions were being most gracious and patient with my diversions from sight seeing.

The final stop was the interestingly named Decent Cigar Emporium. 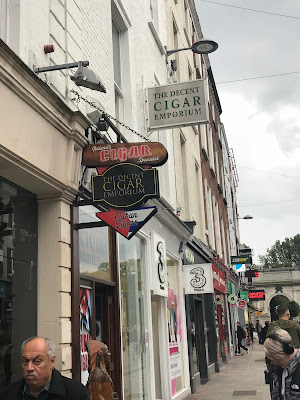 The shop was located up a narrow flight of stairs. This was the only shop I saw which appeared to have a lounge. However, in speaking with the staff, I learned the lounge is only for sipping coffee, as indoor smoking is banned in Ireland. I somehow neglected to take any photos inside at this stop. It was late in the day, and I suspect exhaustion was setting in. 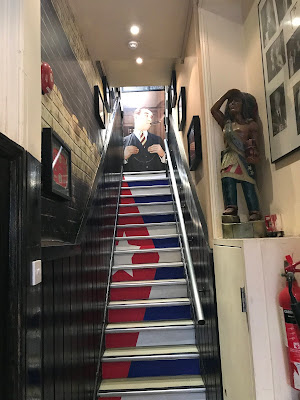 I enjoyed the visits to the cigar shops in Dublin, and had some pleasant conversations about cigar smoking in Ireland and the United States. My purchases were limited, mostly for fear of damage and packing issues while continuing our trip. The six purchased sticks, with their proper Irish labeling are below. 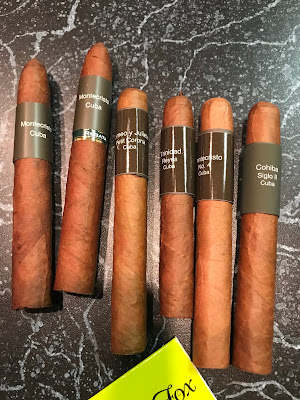 Fortunately, once the cloaks are removed, the wonderful labels are still attached. 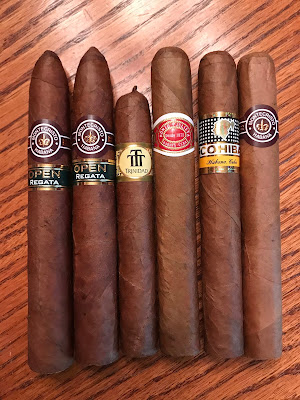 Despite the visits to the cigar shops, I smoked just one cigar the entire trip. And that was the previously mentioned Fratello Bianco Boxer I had brought with me. That stick was enjoyed outside the magnificent Cahernane Manor House Hotel in Killarney. 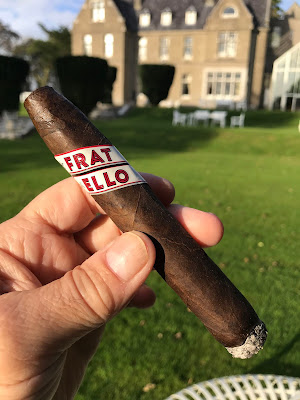 I've only smoked a couple of the Cuban cigars I've acquired, but don't have any plans to store them long term. The others will be consumed in the not too distant future.
Mused by David