Even More Repetition - ThisTime It's Okay

As we begin the second year of "two weeks to flatten the curve," life can seem a bit repetitive. How many times have you thought, "What day is it?" But sometimes more of the same, isn't necessarily a bad thing.

After doing a bit (a very small bit) of pre-spring yard work this weekend, I enjoyed a relaxing cigar on the deck. After opening each drawer in the humidor several times, I finally selected a Foundation Tabernacle to smoke. More indecisive searching followed in the beer fridge, before I grabbed a Lost Colony Hatteras Red Ale. The Red Ale was a leftover from our fall trip to the Outer Banks. 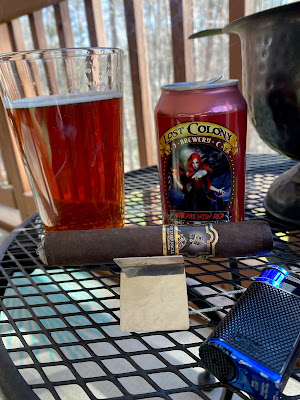 Both the beer and the cigar have been mentioned in these Musings previously. The Tabernacle is especially persistent in its appearances. Knowing I've mentioned these things previously, I looked through previous postings and came across this post from December. That's when the déjà vu hit me and I did a double take. That picture… 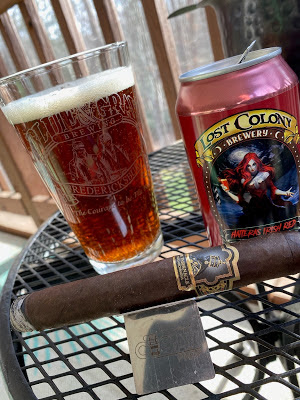 As I've lamented often of late, "I really need to get out more." One other interesting note, the temperature during that December outing was actually warmer than it was for the March setting.