We recently escaped the daily routine around the house for an extended weekend in the southern reaches of Virginia. We found a small cabin rental near Galax, Virginia, located next to a charming stream. The cabin sat at the end of a long, gravel single lane road. Peaceful seclusion at its finest. 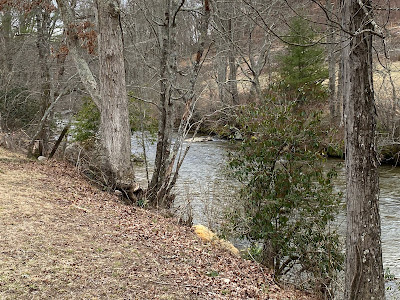 One of the first things we noticed upon arrival was that the fire pit by the stream was already stacked with kindling with a pile of firewood left nearby. It was the perfect place to relax after a long day of driving. The Crowned Heads La Coalición provided the perfect accompaniment to a cool glass of Legend Brown Ale. 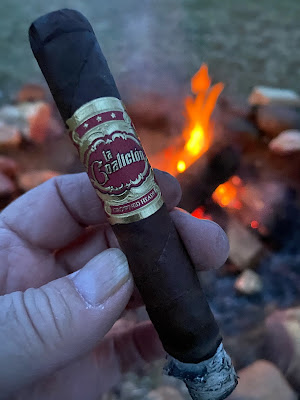 On the second afternoon of the trip we made an extended visit to a local craft brewery, Creek Bottom Brewing Company. We had a great time enjoying great food and beer, so expect a review of this brewery in a future post. Returning to the cabin, we once again retreated to the stream side fire pit. This time I lit a cigar I have been looking forward to with much excitement.
Crowned Heads Le Careme Belicosos Finos LE 2021 is a limited edition of the wonderful La Careme. La Careme is one of my "keep on hand" stick, if possible. I say "if possible" because the cigar has been unavailable for a while, in any vitola. The Belicosos Finos Limited Edition was last released in 2019. After seeing an availability announcement, I was fortunate enough to get in a pre-order for a box of the 2021 release. The cigars arrived a few weeks ago and I brought one along to enjoy on the trip. It's a great stick and I look forward to enjoying the rest of the box, over time. 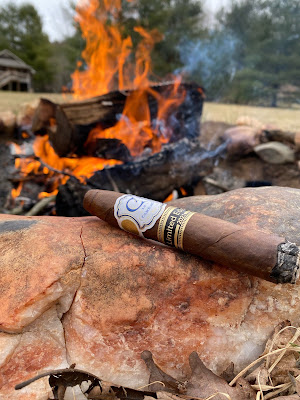 We did a little sightseeing during the trip but spent most of our days hanging out at the cabin. The view and the sounds of the water, and the many birds flitting about were quite enjoyable. We even spied a mature bald eagle sitting over the stream. The early morning dew added to the mystique and beauty. 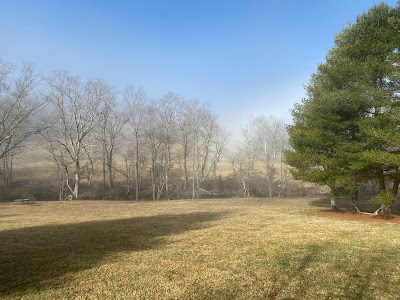 It wasn't all time by the fire. The deck on the house offered a nice view, which at one point included a point of Guinness Stout and an Oliva NUb Maduro on a sunny afternoon. 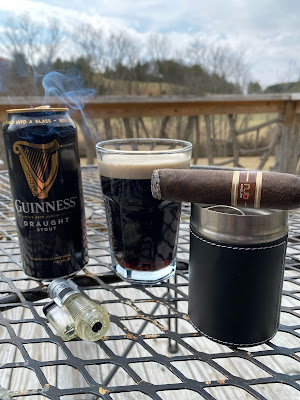 The Shot Tower State Park provided a brief respite from the drive on the trip home. The 75 foot tower was visible from the highway and we saw it on the drive down, so vowed to check it out. There appeared to be a nice walk along the New River adjacent to the park, which was noted for further exploration on a future visit. 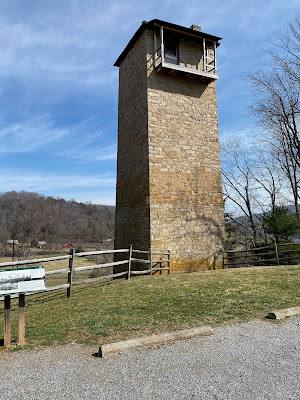 The five day getaway was a most welcome break. While much of the time was spent reading or just sitting around, it was devoid of chores, and despite reasonable internet connectivity, no work-related interruptions. It wasn't until we started planning possible excursions for 2021 that I realized how little time off I'd taken in 2020. Hopefully, we'll make up for that in the coming year.
Mused by David