One of the non-medical casualties of the Chinese Virus in 2020 was the number of times I was able to hit the range, outside of an IDPA match. I dropped my indoor range membership due to their feel-good-only "health" restrictions. That significantly cut my shooting opportunities. This year I am going to make an effort to shoot at the local "conservation organization" range more often, despite the erratic, ever-changing, and often secret rules imposed by the range director.

Now that we are in Daylight Saving Time, the range is open past 4:00 so it's easier to find time to shoot. Given the price of ammo, it's likely fewer folks are using the range. Hopefully, this will lead to more rounds downrange in 2021.

On a recent afternoon, I blocked off my calendar so I could spend a little time refreshing my shooting skills. Putting up a cardboard IDPA target, I spent most of the time shooting from the 10 yard line. A lot of my rounds were fired aiming for the head of the target, or doing body to head transitions. That's a frequent pattern in IDPA matches. Sadly, we not allowed to fire more than two rounds in a string, before pausing for an as-yet defined period. No movement is allowed either, so it's really just trigger pull practice. 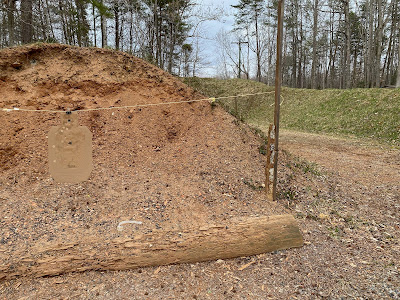 I did force myself to spend some time on SHO and WHO shooting. So it really was practice, not just fun. I was shooting the Compact SIG P320 that I plan to stick with for the matches this year. I feel I actually shoot it better than the Full Size version. This was especially apparent when doing the single hand shooting. 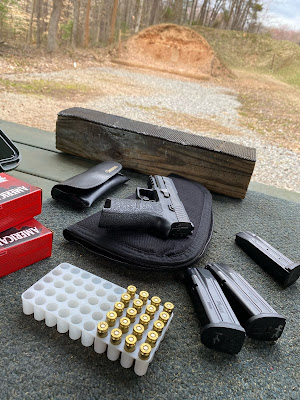 I also expended some valuable rounds shooting from 15 and 25 yards. I was surprisingly pleased with the results there. I did stare at the 50 yard berm, remembering some successful longer range pistol shooting from a few years back. Maybe I'll try my luck there on a future visit.
Mused by David