Today, February 10, is the anniversary of the martyrdom of Blessed José Sánchez del Río. On this date in 1928, this 14 year old boy was killed for refusing to renounce his Catholic faith during the Cristero War. The story of this period of Catholic persecution led by Mexican President Calles was told in the movie "For Greater Glory".

After José was captured by government forces, he was forced to witness the torture and execution of fellow Catholics, yet he never wavered in his resolve. He was himself was tortured and urged to shout "Death to Christ the King" with the promise his suffering would be over. On the day of his torturous execution, the soldiers cut the soles of his feet and he was made to walk barefooted to the grave they had dug for him. He was repeatedly stabbed with bayonets as he made his way to the place of his martyrdom.

Even after he had been shot he continued to cry out "Viva Cristo Rey!" ("Long live Christ the King!") The commander of the soldiers was so furious that he was able to resist the government barbarism, he finally shot the boy in the head. As he died he is said to have drawn a cross on the ground with his own blood. Blessed José Sánchez del Río was beatified by Pope Benedict XVI on November 20, 2005.

During the Cristeros War many Catholics were killed by the Mexican government for their faith. This tragic part of recent history is pointedly ignored by the history books in both the United States and Mexico. It is a story that needs to be told and learned by all free people. The people of the United States shared in the tragedy, as our own government supplied both arms and air support for the Federales in their battles with the Catholic faithful.

As the attacks on the Church increase in the United States, with the aggression led by our own government, we would do well to remember the resolve of this strong young man, and pray that we too will remain faithful through whatever trials await us. 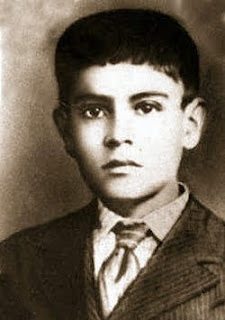