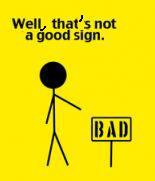 November 9, 2008: "Given the daunting challenges that we face, it's important that president elect Obama is prepared to really take power and begin to rule day one."
-- Valerie Jarrett, Co-Chair of the Obama transition team

August 3, 2011: "We knew this was going to take time because we've got this big, messy, tough democracy."
-- Barack Obama

September 14, 2011: "In other words, radical as it sounds, we need to counter the gridlock of our political institutions by making them a bit less democratic."
-- Peter Orszag, Director of the Office of Management and Budget

September 27, 2011: "I think we ought to suspend, perhaps, elections for Congress for two years and just tell them we won't hold it against them, whatever decisions they make, to just let them help this country recover."
-- North Carolina Gov. Bev Perdue