in a corn field?

Yep, you read that correctly. But don't worry, the emergency personnel brought in a K-9 unit.


A man used his cellphone to call from Connors Farm in Danvers at about 7 p.m. Tuesday after he, his wife and two children became lost in the maze, police said.

Police alerted farm management of the man's predicament, and a rescue, including a K-9, was organized.

All's well that ends well. The family was located "about 25 feet inside the maze."

I'm thinking dad would fit right in with the lost souls who Occupy Wall Street. Or, perhaps he should join the DC group. It's hard to get lost in an elevator. 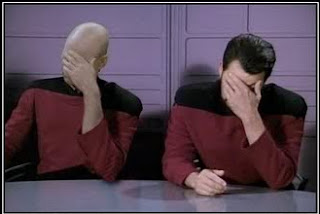