Having seen on Facebook that the long-awaited Biergarten was open at Deutschland Downtown, Colleen and I headed down for an early dinner Friday evening. When we parked and walked the half-block to the restaurant, we were reminded that Summer had finally arrived in Virginia and were unsure how enjoyable it would be eating outside. We entered the garden behind the restaurant, and found it to be well-shaded and protected from the heat by the surrounding buildings. It was surprisingly pleasant.

The beer selection had increased slightly from our last visit. Ayinger Celebrator Doppelbock was an added draft. There was also a small selection of bottled Bavarian beers. I chose the Doppelbock and Colleen opted for König Ludwig Weissbier. We sipped our beers, and enjoyed a wurst sampler appetizer plate while perusing the menu. 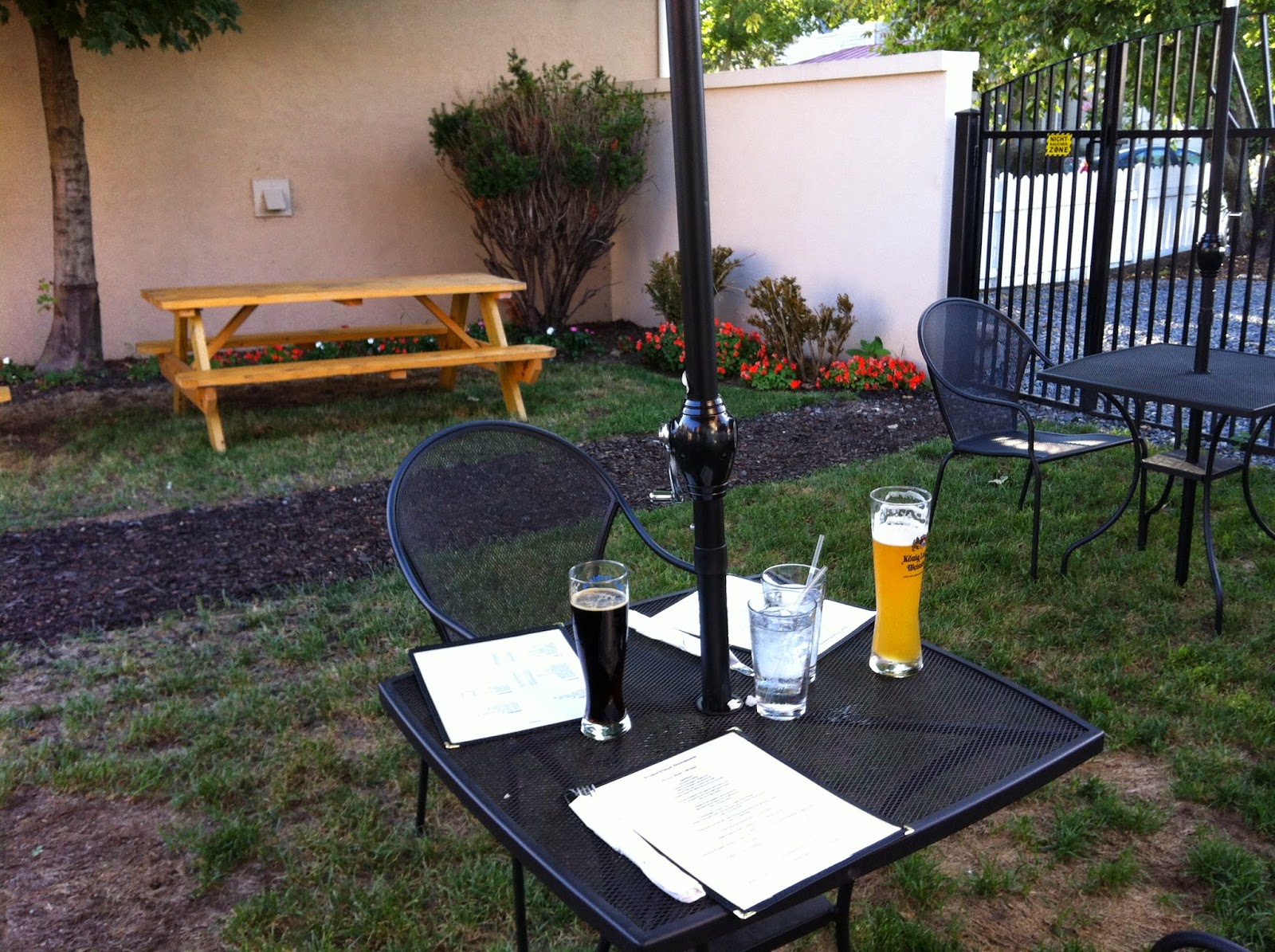 I eventually settled on the evening special of Sauerbraten served with Spätzle and German Potato salad. Colleen chose her favorite, Wiener Schnitzel, served with Sauerkraut and Spätzle. The few kinks in service we saw during our previous visit were gone, and the service was attentive and prompt. Even the serving proportions seemed balanced now. The Sauerbraten was very tasty, with a nice vinegar twang to it. While it would be hard for anyone to beat my memories of "Nana's" German Potato salad, the Deutschland Downtown version is well done.

For dessert, I opted for a bottle of Ayinger Altbairisch Dunkel, while Colleen splurged on German Chocolate Pecan Cheesecake. I did assist her in conquering that delicious treat. 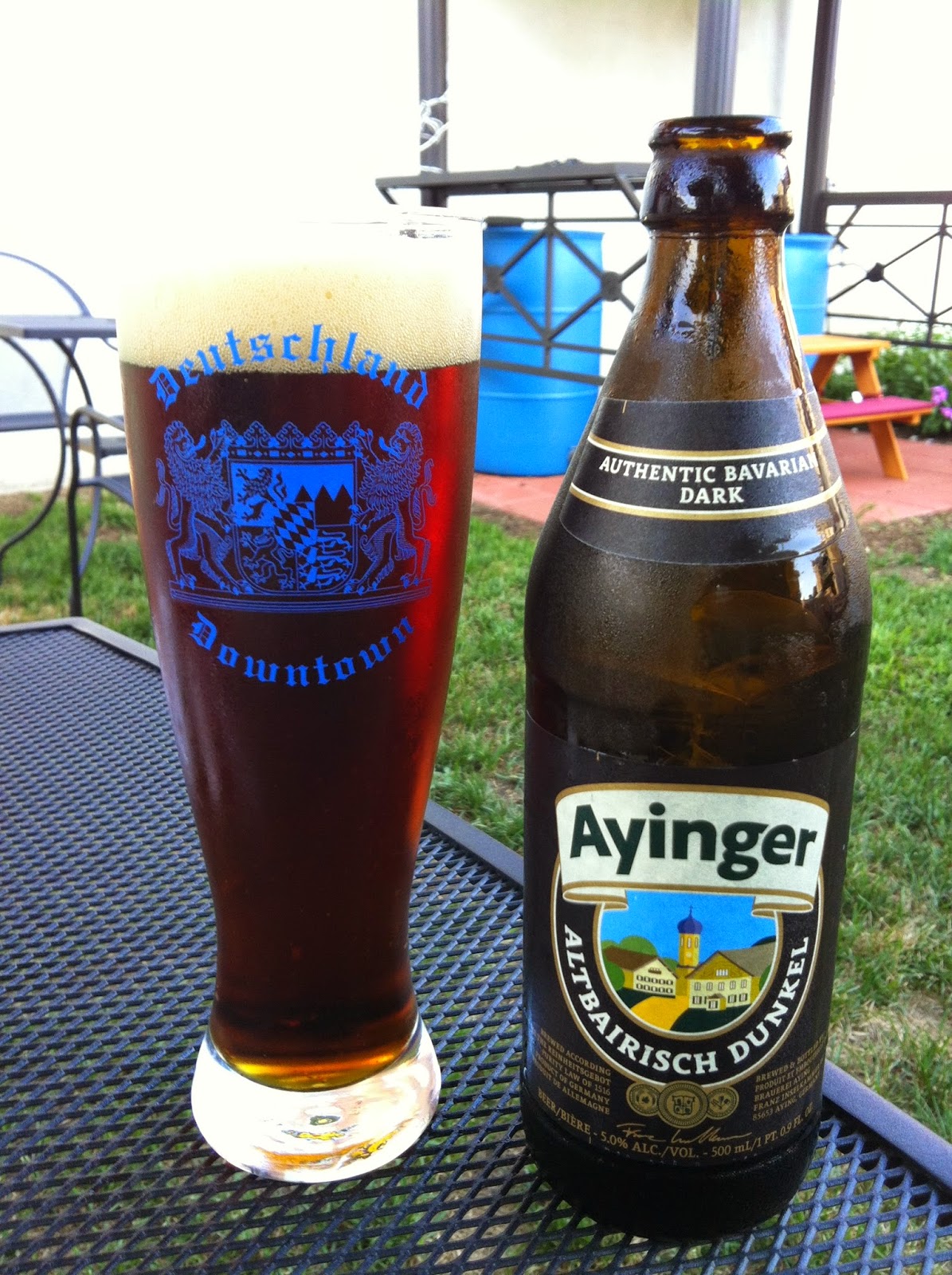 We had a very enjoyable evening in the Biergarten at Deutschland Downtown. The food is excellent, the service was cheerful and efficient. Of course, the beer selection is appropriate. The proprietors seem to be making an effort to "keep it real." The beers are German, with Yuengling Lager being the one concession. The food menu is for the most part traditional fare; the kids menu has a "chicken fingers" selection, but that's about the extent of the "Americanized" menu. It's good to see, and the growing crowd as we finished our meal was a good sign. We certainly look forward to going back.