Adventure bought Blue & Gray Brewing Co. in Spotsylvania County and are continuing his tradition of holding a St. Patrick’s Day parade. Adventure’s owners have renamed the event in his honor.

“We’re excited to host the parade this year,” said Stan Johnson, one of Adventure’s owners, in a news release. “The parade is a tradition for the families of Fredericksburg, so we’re glad to have the opportunity to continue that, and to honor Jeff’s legacy in the craft beer scene.”

This is a fitting tribute to this pioneer who brought craft beer to the Fredericksburg area. This quote from Jeff, a faithful Irish Catholic, fits his humor perfectly, and I can imagine the smile and laughter on his face when he said it. "We said ‘Kids eat free,’ and I ought to have known better than to invite a bunch of Irish Catholics to have their kids eat free." 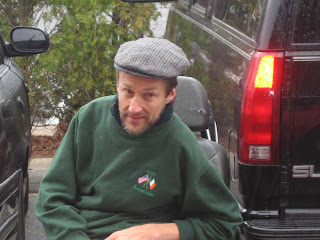