Range time was extremely limited in August and I was only able to find range time once in the past month. Four weeks from the last outing, I returned on Saturday to the Cavalier Rifle and Pistol Club for the monthly IDPA match. What has seemed like days of endless rain let up for the morning and we got in five very fun stages.
The first stage our squad shot was a simple stage, perfect to warm up on. Two strings of fire were shot while stationary, and both involved two nearby target arrays. Nothing fancy, although a stage that could tempt you to rush ahead of your sights, but I shot it clean. 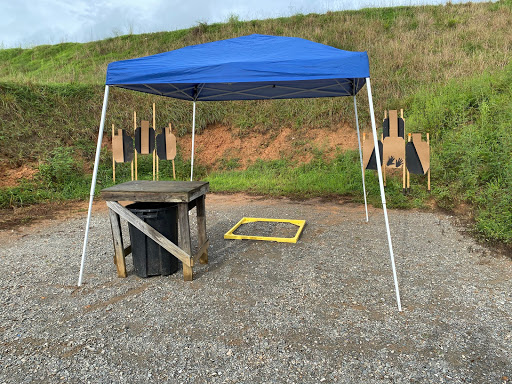 On the next stage we started standing behind a table, then engaged a single target in the open on the way to the first cover point. From there, we saw a distant, and partially blocked by a non-threat, target. Moving forward there were three more targets to engage from cover. Following that we had a sprint to the final shooting position. Along the way there was ample open space to reengage any targets that needed it. A hard lean around the wall allowed the shooting of the final targets. Another -0 stage. 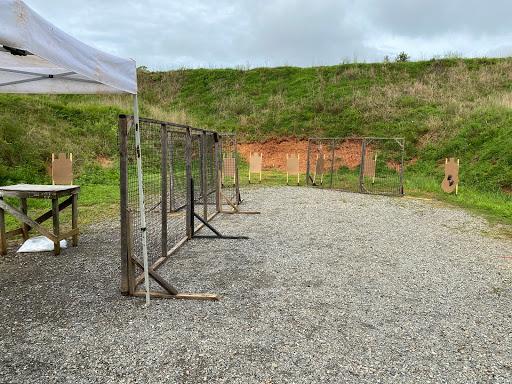 Moving to the next bay, we saw a four target stage, but one that included a swinging target. The swinger was activated by the shooter pulling a rope at the start. If your timing worked, you could shoot the swinger while transitioning between targets, or wait and shoot at the end. Or both. Rushing my first two shots on the left target caused me to make up two -1 shots and then mistime the exposed swinger. I moved on to engage the other two targets. That left me three rounds on my return to the swinger; I would have liked one more. I ended -5 for the stage. 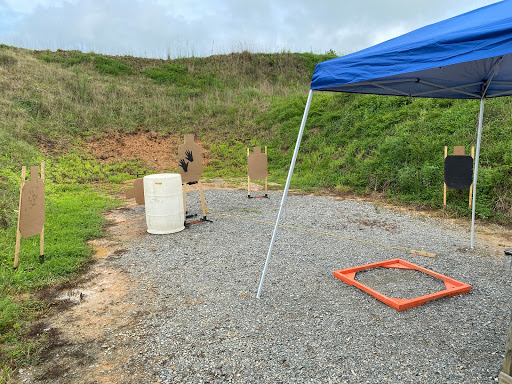 The next course of fire was probably my favorite of the morning. There were six paper targets placed so that only one was visible from any angle. Shooting the stage meant lots of short, quick moves to find the next target. We started facing a stack of barrels. At the beep we dropped to a crouch to engage two targets through low ports, one to each side of us. Next were two targets to be found by leaning around the front of the barrels, and shooting through a narrow opening. Again, we had to move to both sides of the barrels to see both. The last two targets required backing up to the end of the enclosing wall to one side, then moving to the other side for the last target. 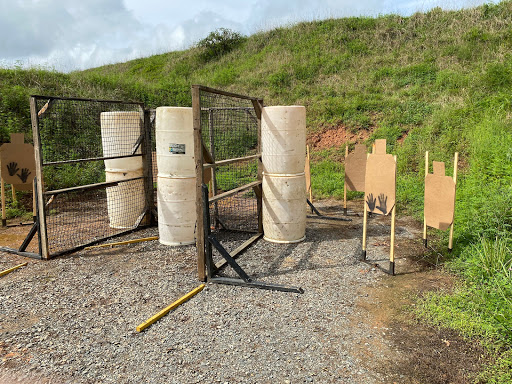 The match progressing quickly, we moved on to the last stage. This one had a seated start, with the loaded, but not chambered, gun set in a backpack on the table. After retrieving the weapon, we engaged two close targets to the left and one in the distance to the right. Getting up from the table, we were presented with two options for engaging the next target. One option involved a shorter movement distance, but a longer shot. Most folks picked the shorter shot. Moving across the course, we were presented another choice; engage two targets through a narrow opening, or take a longer route and engage the same targets with open but more distant shots. Again, the former seemed to be the favorite. The stage ended with a run to a close target from cover. Another fun stage, but another where I rushed the first two close shots. 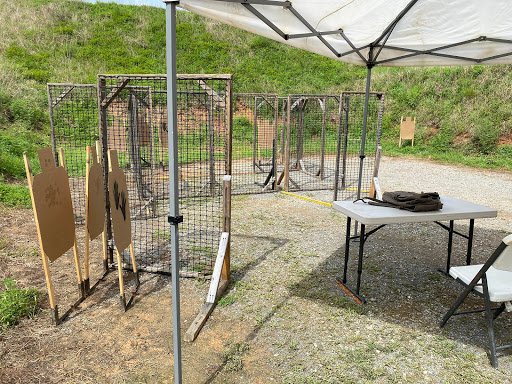 Most of my shooting felt smooth and I was pretty happy with my performance. I ended up shooting three -0 zero stages, but two with -5 scores. That earned me an 18th out of 46 Overall, and 9th of 28 in SSP. It still would be nice to get in some range practice, outside of a match someday.
It was another super fun match on a beautiful late Summer morning. The temperature climbed to near 80°, but the humidity was only moderate. I enjoyed the stages and the people. It's always good to spend time with people doing what they enjoy, instead of sitting at home cowering in fear because the government tells them they should be sitting at home cowering in fear. We finished shooting by noon, and soon I was enjoying a pleasant drive through the country side on my way home, thinking about my afternoon cigar and beverage choices.
Mused by David
Email ThisBlogThis!Share to TwitterShare to FacebookShare to Pinterest