Another hot Saturday, and another hot IDPA match. That's the pattern for the summer in Virginia. This past weekend the event was the monthly IPDA match at Cavalier Rifle and Pistol Club. Five very fun courses of fire awaited the 41 shooters who braved the summer sun.
The first stage we shot presented three shooting positions, all from behind the cover of barrels. The layout was symmetrical with three targets available from the two end positions, and one from the middle. 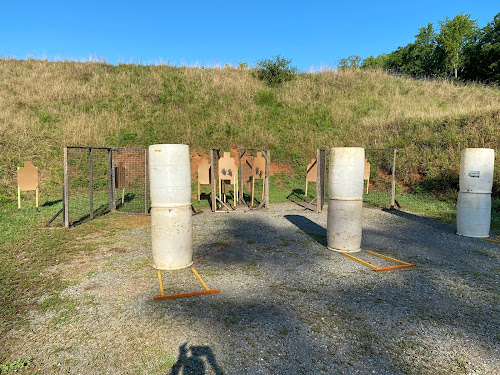 The stage was interesting in that the targets visible from the two end points of cover, were seen from across the stage. You had to remember to engage targets that were in front of you, and the ones that where on the opposite side. Many shooters also failed to keep the engagement priority straight and failed to "pie" the corner, earning penalties. Not a difficult or tricky stage, but you had to have your plan well in mind. 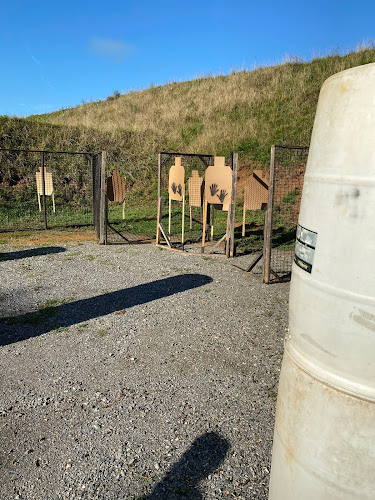 The next stage as one that involved many points of cover around a zig-zagging array of walls. The course started with three targets in the open, and the next five were lone targets at different shooting positions — one point of cover, one target. It was only one or two steps needed to get to the next opening or corner between the targets, which made for some interesting footwork. 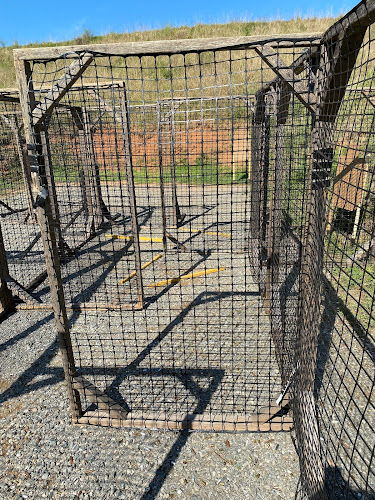 I enjoyed the next stage a lot. The course began with us engaging three pieces of falling steel that were placed behind the -0 zone of IDPA targets. Then we moved to find two targets around the end of a wall. After that we navigated a couple corners in a hallway to shoot the last three targets. These final targets were shot from a low opening in the wall that required us to kneel to see the targets. 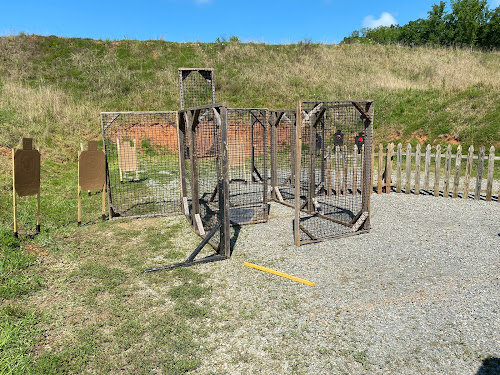 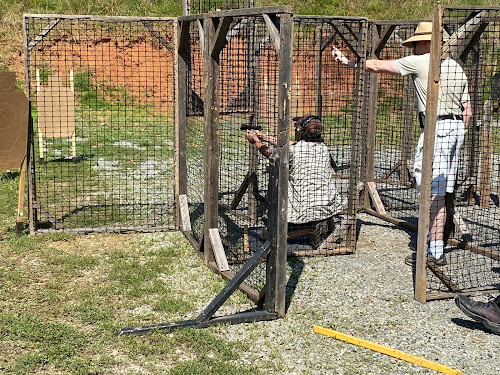 Bay 5 at Cavalier typically holds the course that offers the longer shots of the match, so I was not surprised to see that being the case this month again. (I do not walk the stages to get a sneak peak before the match.) Shot from both sides of a partition, the stage had three closer targets, with non-threats, on the right, and three targets at increasing distances to the left. 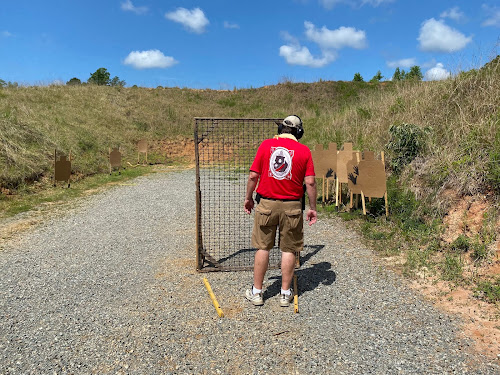 I felt confident going in to the stage, even though the heat was beginning to affect me. I was thinking about getting through the next two stages and retreating to the A/C of my car. As so often turns out to be the case, the closest of the left targets was the one I rushed, dropping one shot for a miss.
The last stage we shot had a most interesting target set up. It was one that I debated my preferences for shooting right up to the last moment. I was so focused on my plan, and I was feeling drained, that I neglected to get a picture of the stage. I virtually kicked myself for that oversight when I realized it on the drive home.
The stage was shot from behind a table, with the loaded gun and all magazines starting on the table. Directly in front of the shooter was a non-threat. Behind the non-threat stood a target array with a full target and four head-only targets poking out from behind it, two on each side. There was also a head-only target placed on each side to of the stage. Besides the table, walls on either side limited movement.
The gun was loaded with only six rounds to start. The center open target required six hits, and the six head-only targets all required one hit each. The placement of the non-threat in the center and the walls meant that the center array could only be fully engaged by leaning or stepping from one side to the other. Each outer target could only be seen while engaging the opposite side of the center array. I opted for the straightforward plan of shooting all six of the required hits on the center target first, then reloading and engaging all the head shots.
The fun stage done, I was fully cooked, despite the multiple bottles of water consumed. While the temperature was minutely cooler than last weekend's match, I seemed to be affected a bit more this week. After I shot, I made my apologies and headed for the car. I think it may be the first time in some 10 years of shooting matches that I scooted before the the last shooter was done. A cool shower and even more water once I was home, did make for a quick recovery.
I thought the stages at this month's match were exceptionally interesting and fun to shoot. Some sloppier shooting as the morning wore on had me finishing 16th of 41 Overall, and 9th of 23 in SSP. Looking back, that's a little better than last week, despite the affects of the heat. There's no more shooting for me for a few weeks, so we'll see what August brings.
Mused by David