Stupid Is As Stupid Does

'Tis the season of stolen baby Jesus statues. It happens every year. Individuals with nothing constructive to do take up stealing religious statues from area yards and business. Earlier this week an 80 pound statue was stolen from a local shopping megaplex. The figure is valued at more than $200, which means the culprit could be charged with grand larceny, which is a felony. Today, police recovered the statue.


A citizen provided vital information to police, which led to the identification of the primary suspect in the case.  The suspect, a 25 year old female from Spotsylvania County, had uploaded a picture of the stolen Christ child on her Facebook page, and the concerned citizen printed the image and the related comments before the Facebook post was removed.


It's bad enough that a 25 year old hasn't matured past juvenile pranks, but that she is stupid enough to post pictures of the stolen item on her Facebook page is a real head slapper. The article goes on to state that charges are pending. Can someone be charged with being an idiot? 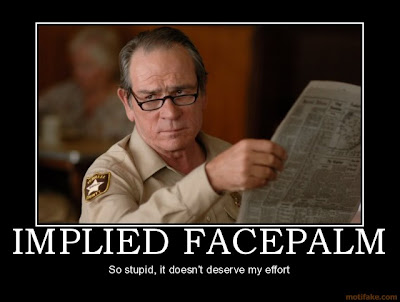