A recent Virginia Shooting Sports Association blog post about craft beer caught my eye. "Gun Craft Beer at NRA Annual Meeting" was a headline that was unexpected. I've had few beers sporting gun names, but a firearms-themed craft brewery, well, that got my attention. Interestingly, Gun Craft Beer is located Illinois, a state that is hardly friendly to the 2nd Amendment. 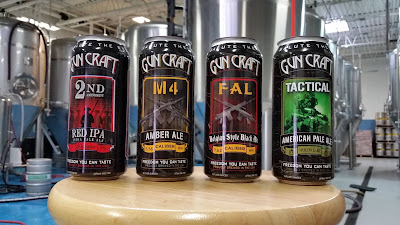