There's an old adage that the scariest phrase you can hear a drunk say is "Hold my beer." It's usually followed by "Watch this." But a Serbian tourist in Egypt has taken the phrase, or warning, to a whole new level.


"Dragan climbed on the jumping board, told me to hold his beer and simply ran to jump. There was no time for me to react or to try to stop him, he just went for it"..."Dragan jumped high and plunged down to the sea, but didn't make as much splash as we thought he would"...

The reason could be because Dragan Stevic ended up jumping straight on the shark which was lurking near the beach, probably looking for its next victim. Dragan had nailed it right in the head, killing it instantly. The Egyptian police found the shark washed out on the beach that morning.

At the moment, the fearless hero is in a hospital recovering from alcohol poisoning. After Dragan gets well, he will get a chance to have some more drinks as the resort had awarded the Serb tourist with a free vacation for his heroic deed. 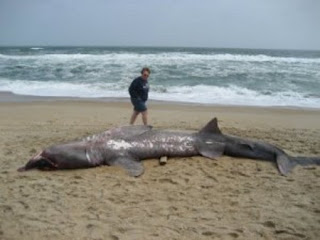 The shark had already killed one person and injured four others. From my reading of the story, the fearless drunk is probably an accidental hero, not realizing the shark was there. But I wonder if he'll be purchasing any lottery tickets in the future.