In solidarity with victims of Christian genocide in Iraq whose houses are marked with an Arabic letter "n" for Nazarene, this is my mark and your mark, too, in witness together with them and all Christians in our Lord and Savior, Jesus Christ.

Muslim Terrorists,
I'm a Christian, too. 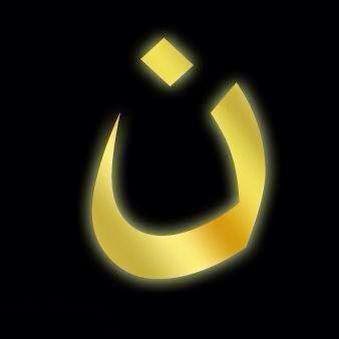 Numerous sources are now reporting, that for the first time in the history of Iraq, Mosul is empty of Christians. Genocide has been completed:


This evening, our brethren the Syrian (Syriac) Catholics and Chaldean Catholics, who worship in the language of Our Lord Jesus Christ, and all other Christians are gone from Mosul. There may be some hidden in various places, but all public signs of their presence are gone. The seat of the Syrian Catholic Archeparchy of Mosul was completely burned down by the terrorist "Islamic State" this very evening, July 18, 2014, several converging reports seem to confirm.

After two thousand years, it is finished. It's over.

Such has been the fate of Christendom wherever islam spreads. To believe that the oppressors don't intend the same for our own country requires a willful ignorance of history.

You can show your solidarity by making the symbol above your profile picture on social media.