We headed over to Park Lane Tavern earlier this week for an unplanned, on a whim, dinner out. When we arrived, I saw a sign that they were sponsoring a Steal the Glass night. We quickly learned that the featured brewery was Starr Hill from Crozet, Virginian. Well, this was a nice surprise.

It turned out they had not one, but two, Starr Hill beers available; Double Platinum IPA and The Love Hefeweizen. As an added bonus, the IPA was the rotating cask selection. Our server quoted us the price of the beer, both with and without the glass to "steal," and we opted to pay the extra to get the promotional glassware. In what should be no surprise, I opted for the cask IPA. Colleen and Checkered Flag selected the Hefeweizen. 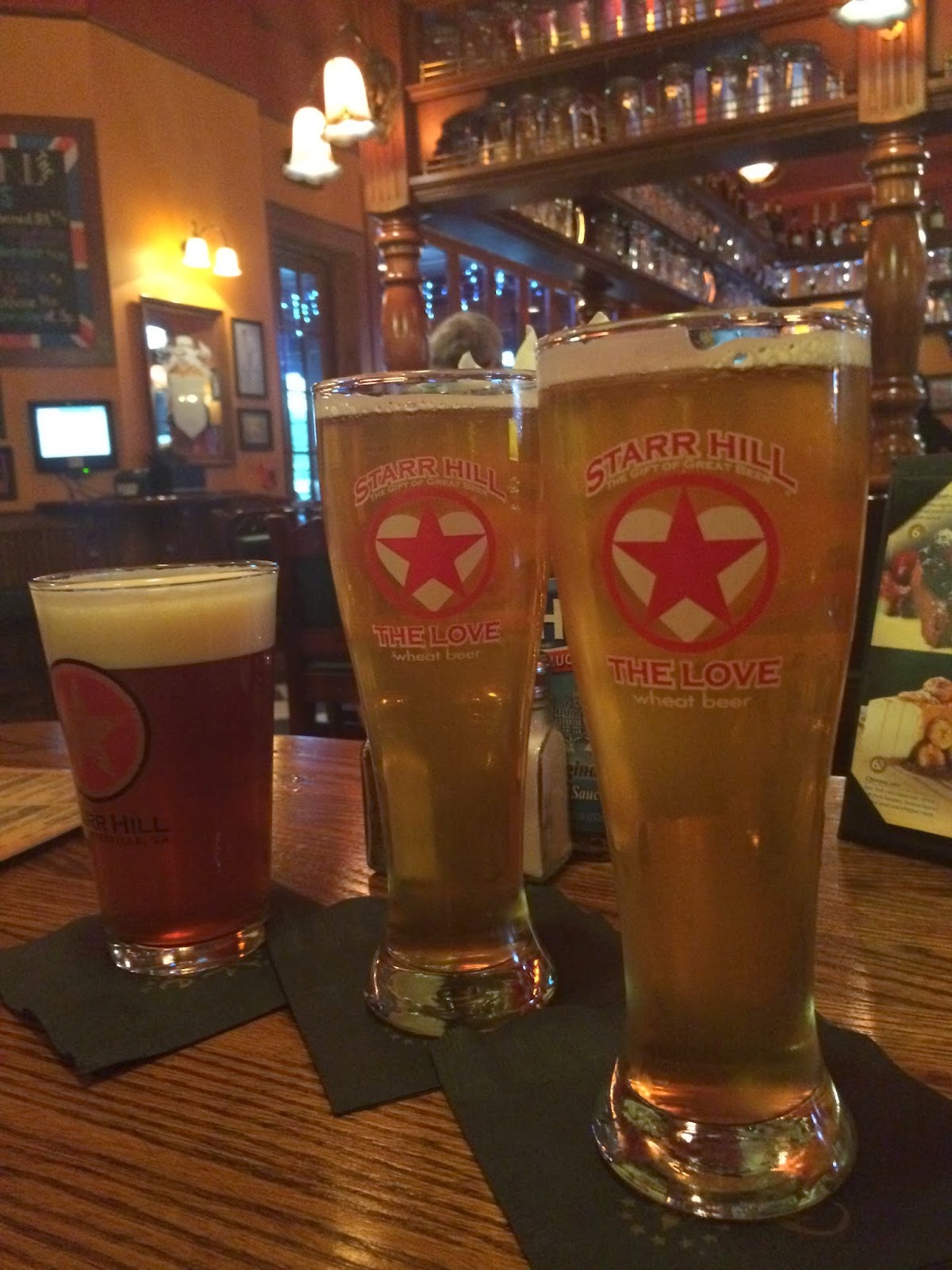 The Double Platinum IPA came out at just the right temperature and sporting a creamy, full head. The aroma is pine and floral hops. A herbal and pine hop profile combined with a sweet, caramel malt base make this an easy-drinking IPA. There's a pleasing "sharpness" to the taste, but it does not overwhelm. The Love is a light-bodied Hefeweizen. I didn't drink any this round, but have reviewed it previously.

More logo glassware is not something we really need more of in the house, but it's fun to have around. I claimed a Starr Hill monic pint glass at Park Lane last year and I use that frequently. I'm enough of a beer-nerd that I often try to use a matching brewery glass, if I have one. There are even a few "free" glasses I've picked up that have become favorites. Now we just need a little more cabinet space.