After a month away from the practice range, I finally made it back this week. Adding to the fun, I was joined by Colleen and "Checkered Flag." I realized it had been two months since we'd all been to the range together. We had made plans to go after work a week ago, but when the time arrived, so had the rain. In fact at times the rain was best described as a "deluge." We loaded up the car anyway and headed over, "We'll see what happens when we get there." We're seldom dissuaded by weather, although this winter the range began closing when it snowed, much to our disappointment.

Since it was raining, I grabbed some well-used USPSA cardboard targets. I figured they'd get trashed and we'd just throw them away afterwards, though not in the range trash cans. Sure enough, the targets we're soon drooping over from the water. At one point, the tops of the targets fell over so far I was making head shots into the back of the target. I also had some Shoot-N-C Targets in my range gear box, a Christmas gift from my son, and we made use of those to help see our hits. 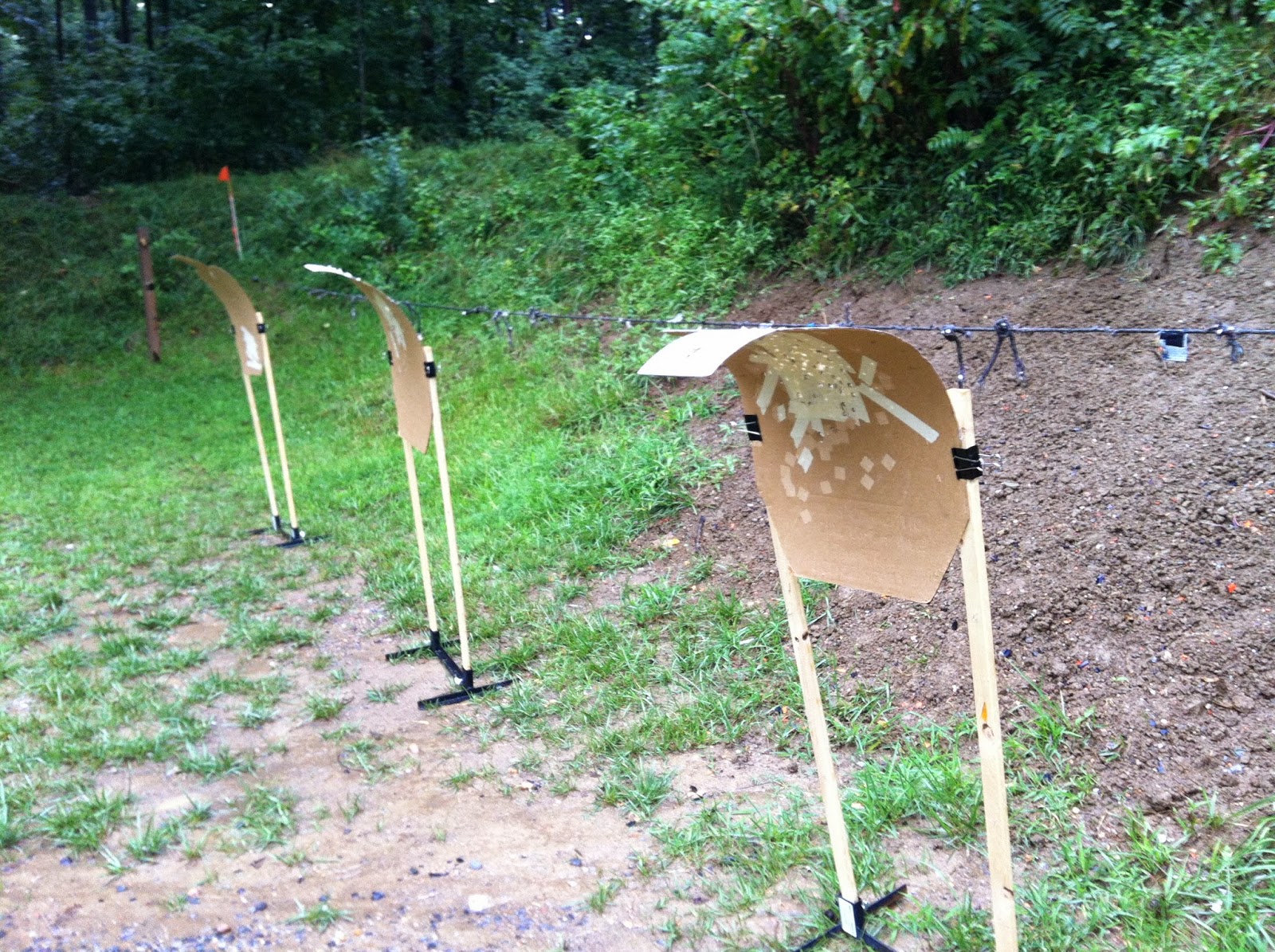 Since my usual range and match gun was in the shop it was a good time to get in some good practice with my carry gun. I shoot it occasionally at the range, but not a lot. On this day I got 150 rounds through it. I worked on shooting on the move, shooting strong hand and weak hand only, also on the move, in the 5-7 yard range.

I even got in some "bad breath distance" practice, getting fast, point shooting hits while transitioning to a two hand grip and moving "off the X." This is something I think most folks, myself included, fail to practice regularly. Yet, it is probably the most likely scenario in a self-defense situation. Also, if you've never shot your weapon at a point blank target, you will be shocked at the difference in what you hear and feel from the percussion off the target. I suspect many folks will also be surprised that getting a rapid draw, and good hits, while moving requires practice — practice that's best done before your life depends on it.

It was a very rewarding practice session. The rain, combined with my aching muscles from taking a tumble down the stairs the day before, helped keep it "real." On top of that, it was simply fun to get back out with Colleen and a friend for some range time. I also remembered how much I enjoy shooting that SIG Sauer P239. Often when I write these range journal posts, they conclude with my leaving the range just as the foul weather is moving in. This time it was different; as we finished and began cleaning up to leave, the rain stopped and the sun began peeking through. However, in keeping with tradition, we arrived at home to relax with some craft beer before dinner.