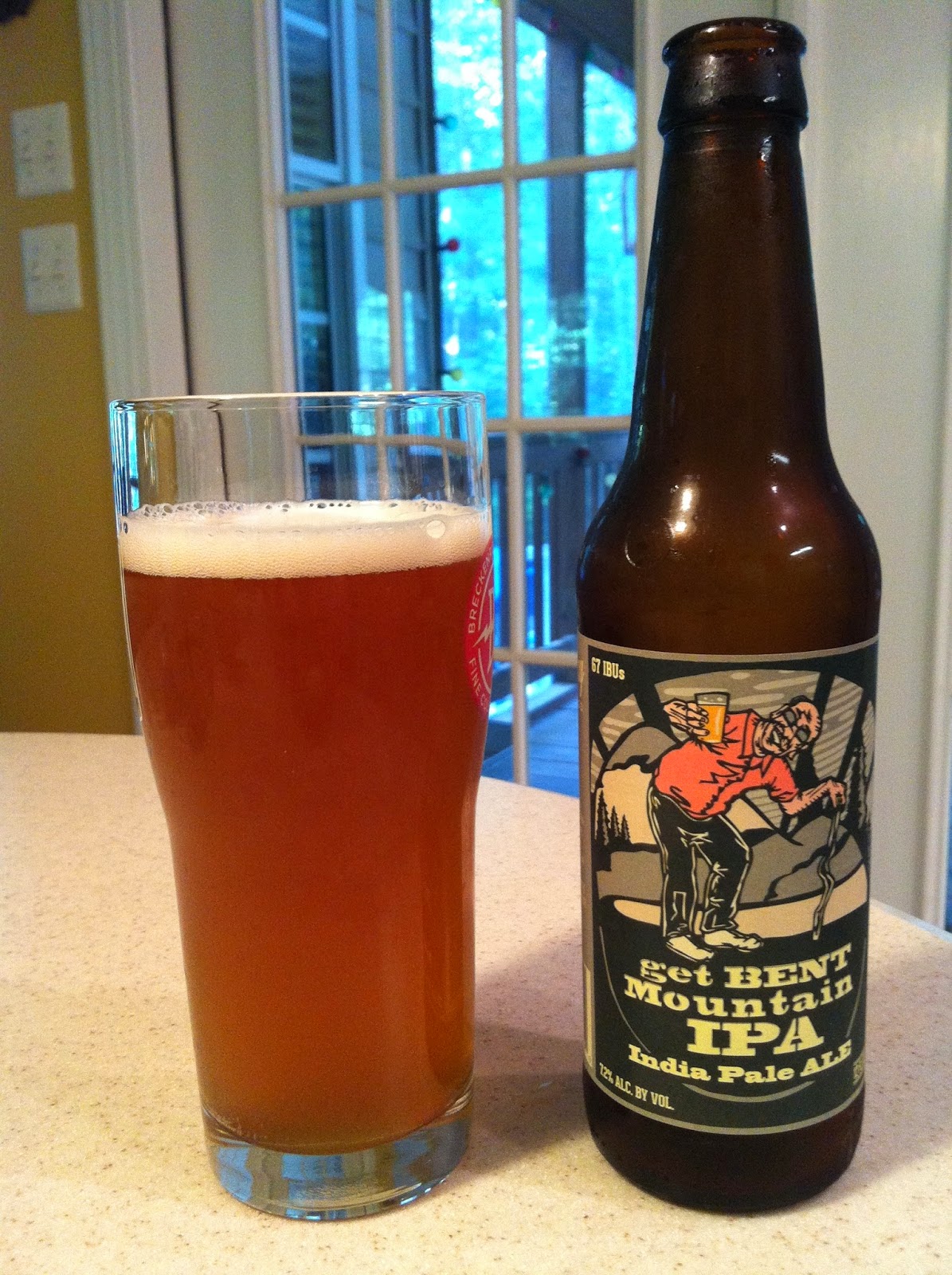 After a quick visit to the range, it was time to enjoy a good beer. (I say that a lot, don't I?) The selection for the evening was Get Bent Mountain IPA from Parkway Brewing in Salem, VA. This was one of the beers I picked up specifically to mark Virginia Craft Beer Month.

Get Bent Mountain IPA pours a bright marmalade-orange color with a thin head. The appearance is slightly cloudy. The aroma is syrupy, but not cloying, with resinous and pine notes in there as well. The bottled version didn't smell as citrusy as I recall when I had it on draft previously, but that may or may not be an accurate memory. The flavor is a hoppy blend — a mix of bitter citrus, pine hops, along with a hint of fruit. In the mouth, the beer feels creamy and moderately "thick." The finish is dry, with some lingering bitterness.

Parkway Brewing Get Bent Mountain IPA is an enjoyable IPA. It's got enough bold hops to keep it interesting, but doesn't overwhelm the tastebuds. In fact, even at a moderate 7.2% ABV, it's deceptively smooth. I won't have any issue finishing off the rest of the six pack during Virginia's craft beer celebratory month.