Earlier this week I downloaded the Red Alert: Israel app to my iPhone. Installing the app coincided with the latest ceasefire between hamas terrorists and Israel, so I forgot all about it. That is until early Friday morning when I was awoken by an alert from my phone. Rolling over I saw that Red Alert was announcing rockets being launched into Israel. All through the morning, my phone sat on my desk, the alerts going off with alarming frequency. 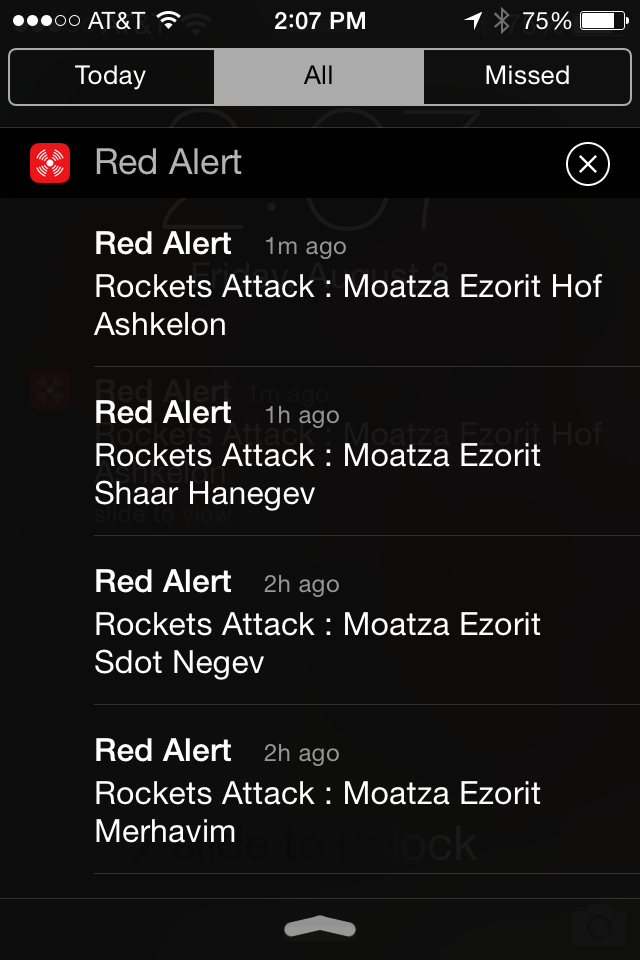 I'm in no immediate danger from the muslims launching rockets while hiding behind children. Nonetheless, each alert leaves me with an unsettling feeling, knowing that Israelis, at that very moment, are hoping that their Iron Dome defenses are again successful.

Each alert is also a reminder of the anti-Semitic leaning of the leftist media and the current occupant of the White House. I feel a slight rise in blood pressure knowing that there are Democrats in Congress like Representative Beto Rourke who think it's an "atrocity" to stop the rockets from hitting Israeli citizens. Meanwhile, the Israeli forces tie their own hands by striving to avoid civilian casualties, even among those who wish to see Israel destroyed.

The free Red Alert: Israel app is available for iOS and Android devices.