The sport of 3-Gun is growing in popularity. Many of the folks who I shoot with at USPSA matches are also shooting multi-gun matches, and enjoying it. I often joke that I'm going to be the last "1-Gun" shooter in USPSA. But that doesn't mean I don't enjoy hitting the range with a shotgun and AR-15. Last Friday I made it out to the range and took all three weapons options with me. I figured at least one of the ranges would be available

To my delight, the park was mostly empty, save for one dad and son sighting in a rifle at 100 yards. So I set up my clay stands on the shotgun range and put a box of shells through the gun. This was the first time I've shot the shotgun since the Tom Givens class back in May. Setting the target clays out a bit further then we shot in the class, I concentrated on mounting the gun quickly, with a rapid and smooth reload as I moved to the next target. Even though it's been three months since the class, Tom's instruction came back and I got fast hits on the targets, feeling much smoother than I recall the last time I did this drill, back in April. Note to self: Get more stands to set up larger arrays. 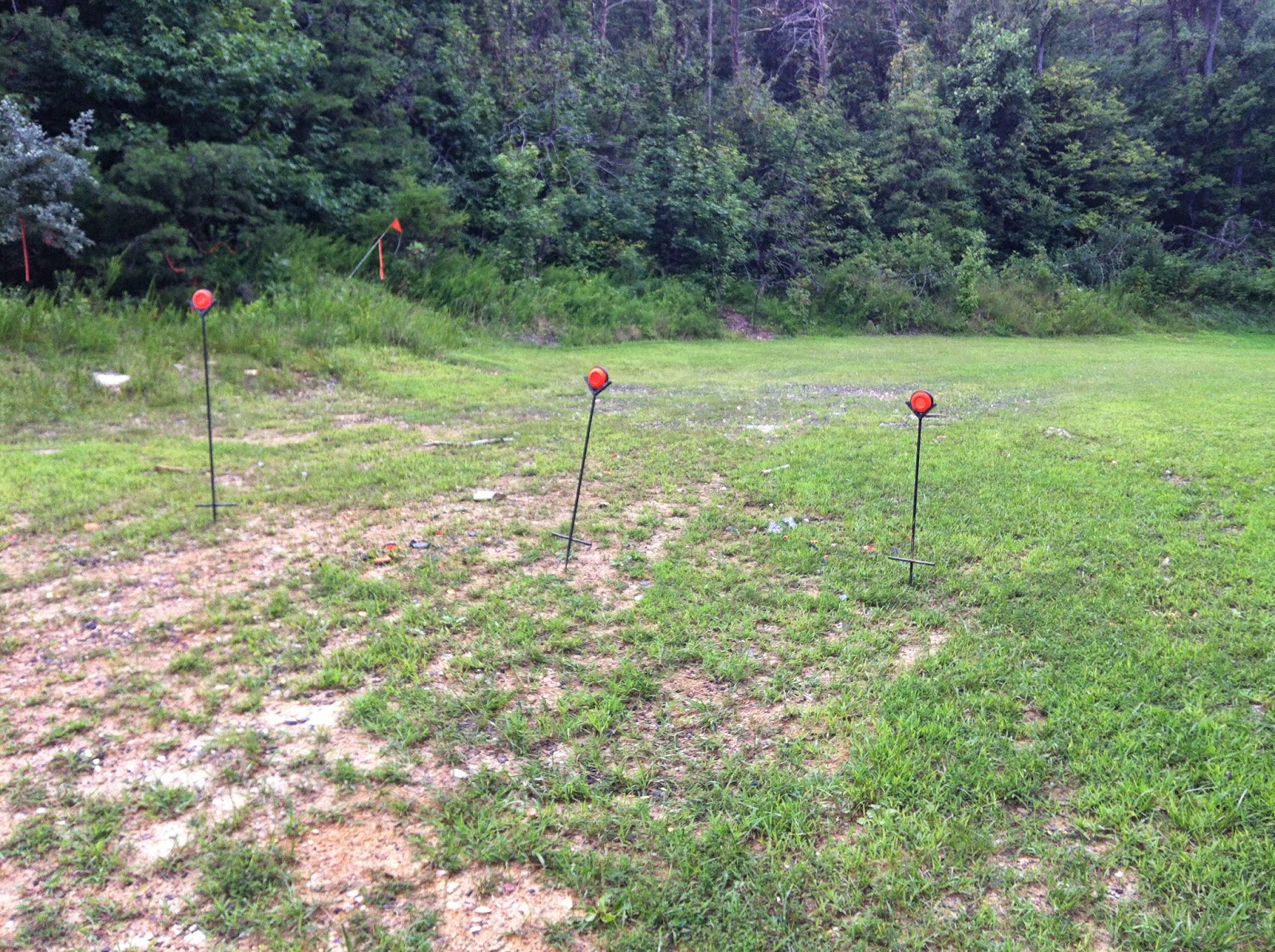 Next I moved over to the pistol bay, with a couple of USPSA targets, and a steel target. It's been a long time since I've brought the steel out. My Nevco steel targets have been approved for use by the club's Range Master, but that doesn't stop the busybodies from meddling and harassing me about them. Many of the ol' timers seem to think that the bullets will hit the steel and bounce back directly into the barrel from whence it was fired. Of course we know that's not what happens, but I'd rather avoid the hassle. I spent all my time with the pistol working on transitions between the steel and paper, as well as that often elusive first shot on steel. 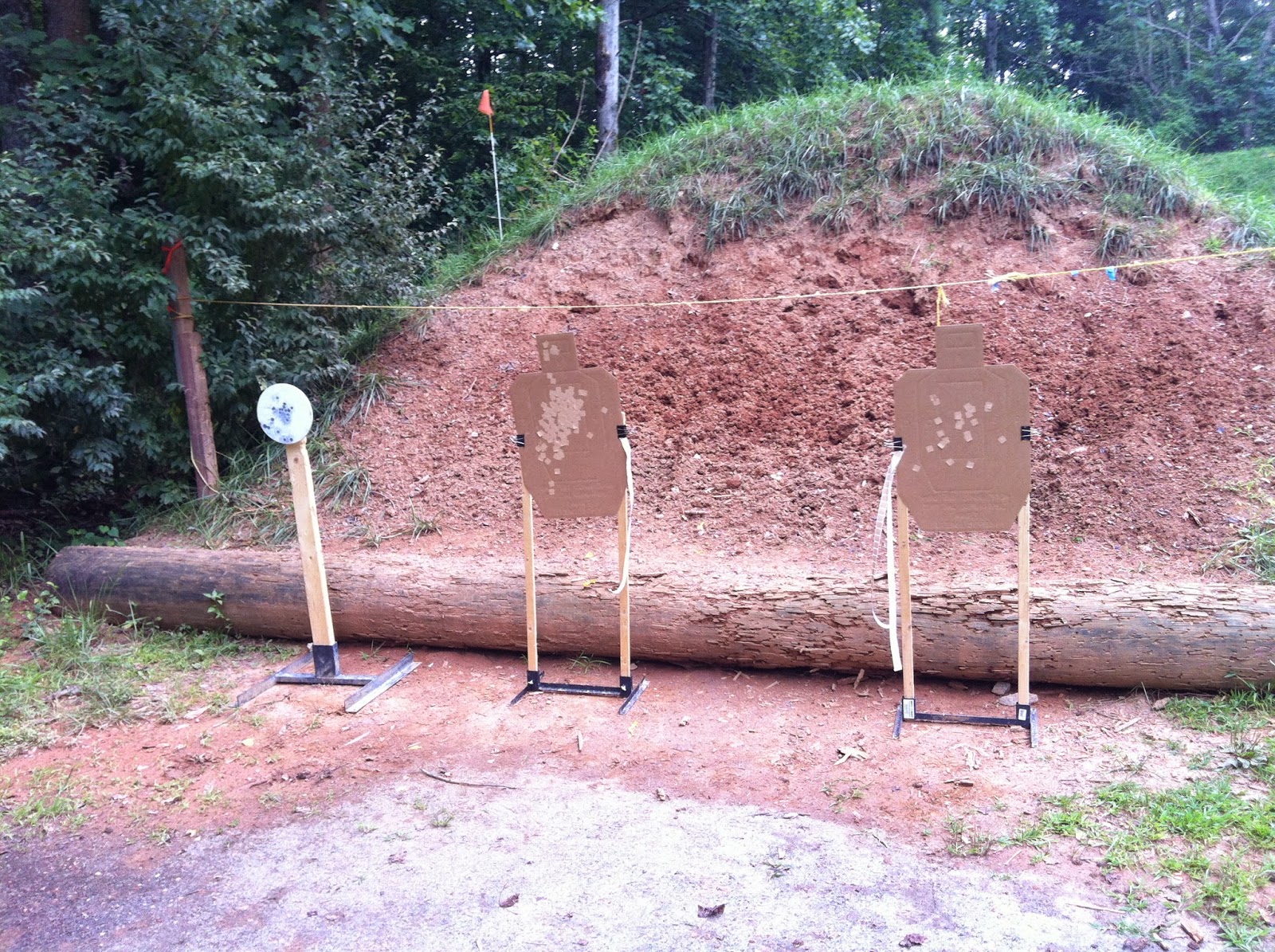 Finally, it was time to move to the rifle range for some scary black assault modern sporting rifle fun. I was really looking forward to this, as my range journal tells me the AR has been sitting in my closet untouched since April. Setting up a single silhouette target, and starting at 10 yards, I worked my way back in 5 yard increments to 50 yards, shooting 5 or so rounds at each position. I was very happy to keep most of the shots in a fairly tight group, or at least "on dude," especially with these old eyes, fogged up glasses, and iron sights. I finished with some close up shooting on the move. 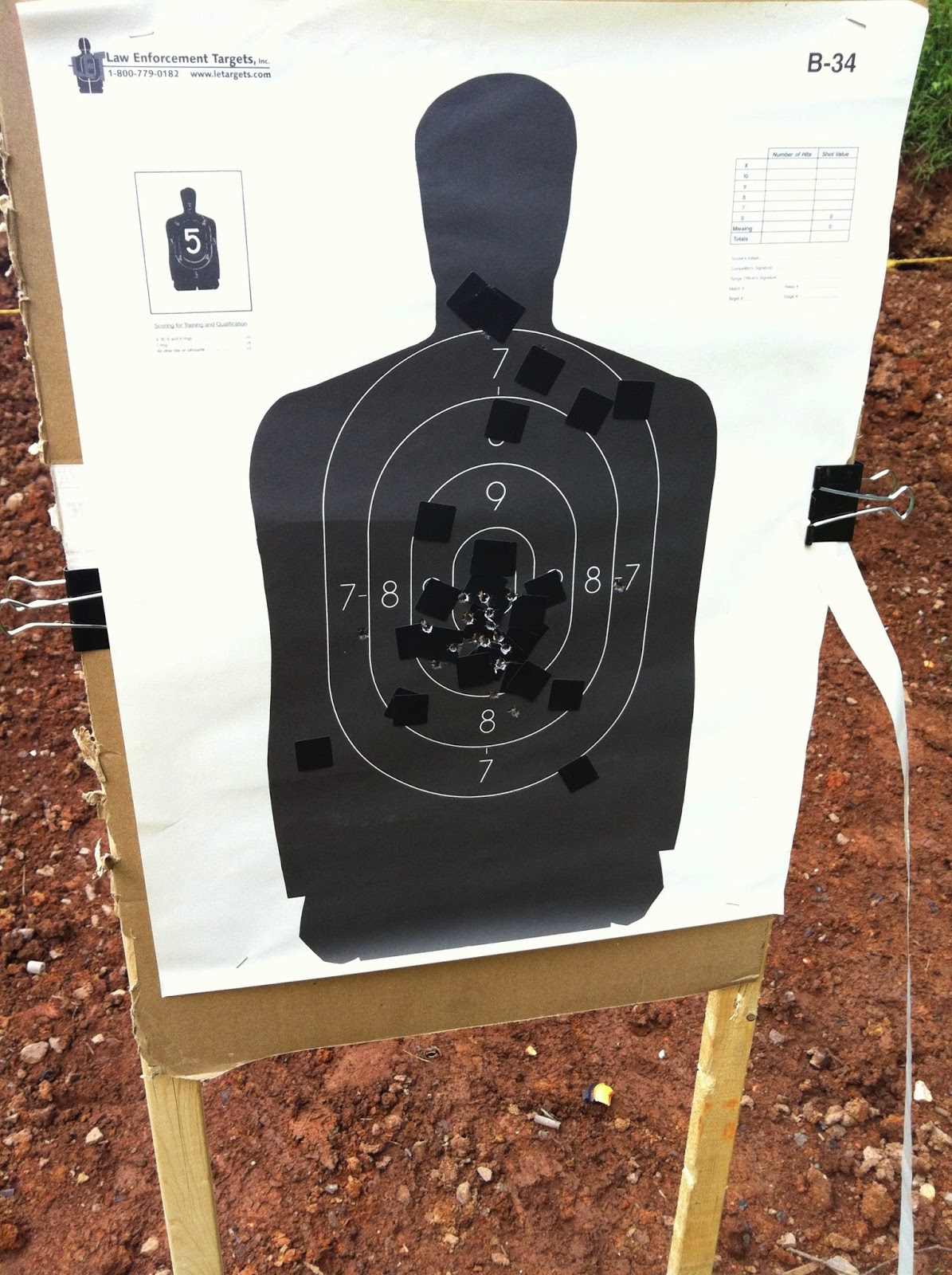 It turned out to be a very pleasant evening on the range. I've been shooting only pistols for several months so it was quite rewarding to get some trigger time behind the other weapons. Both the rifle and the shotgun are intended for home defense, and not the fancy hardware designed for competition. The chance to refresh my skills aside, it was also just plain enjoyable to get in a variety of shooting fun. Of course, now I have 3 times the guns to clean.

Since my wife and son are enjoying time in Montana with my in-laws, I had plans to head out for dinner and some good beer in the evening. However, after working up a sweat over several hours on the range, I was ready to relax at home. It's all good, there was plenty of beer to choose from here.