Watching other shooters is a great way to learn, but watching yourself is even more beneficial. At just about shooting match, there's always a plethora of video cameras in use. I occasionally use first-person video to analyze my shooting. This viewpoint is limited in usefulness. A handheld video camera, or most often a smart phone, used to record a third-person POV is preferred but still doesn't offer the "big picture." At the recent Cavalier USPSA match I benefited from another option, which I'll dub the "pole cam." My friend Alex had his video camera mounted on a monopod with swivel mount, and a few of the shooters were using it to record each other shooting. Alex asked if I wanted to be recorded, and I eagerly accepted his offer.

With the camera mounted on the monopod, and angled down slightly, it can be raised above the shooter for a birds-eye view of the action. This allows a complete picture, from head to toe, to be captured. This is great of for seeing footwork and body positioning. Even when the course of fire has walls, the camera is easily held over the walls, all the while staying out of the shooter's and RO's way. 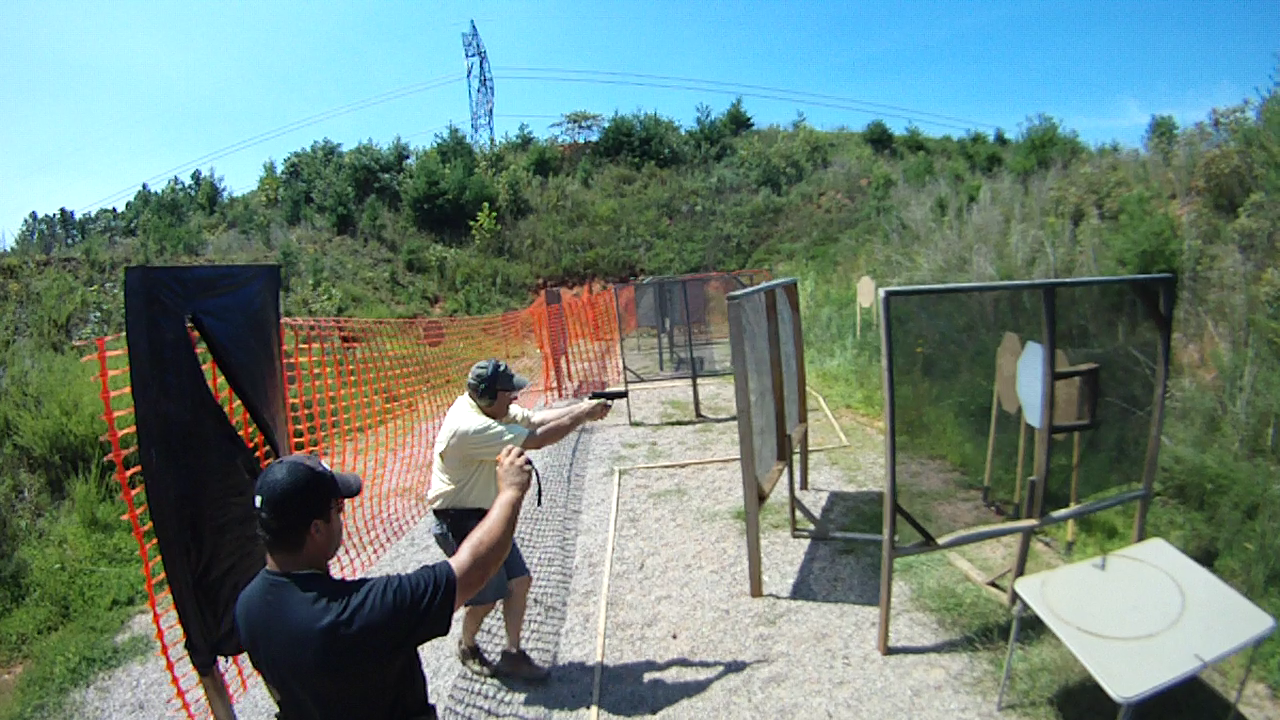 This point of view also makes it easy to see an entire course of fire at once, and even if not the entire course of fire, at least the surrounding targets. This is very useful especially when analyzing your movement to the next target. With all the targets in view, it's easy to see how efficiently you got the gun on target, and how you moved through the course of fire. Of course, when things aren't done smoothly, it's quite apparent as well. 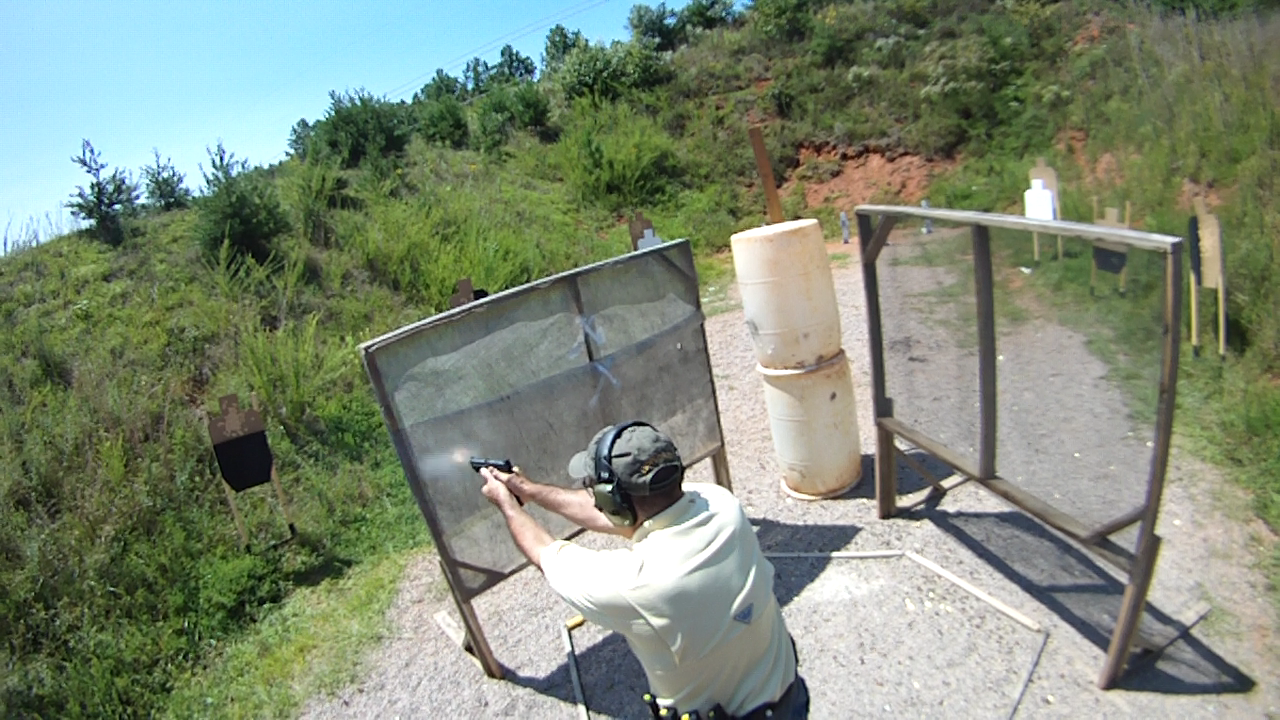 During the classifier stage, Alex stood behind me, off to the side, and was able to extend the pole out to my side. This gave a point of view that would have been impossible otherwise. It was great for watching the "turn and draw" movement. Of course, for some of us, having a belly height camera at your side can present a less than flattering profile. 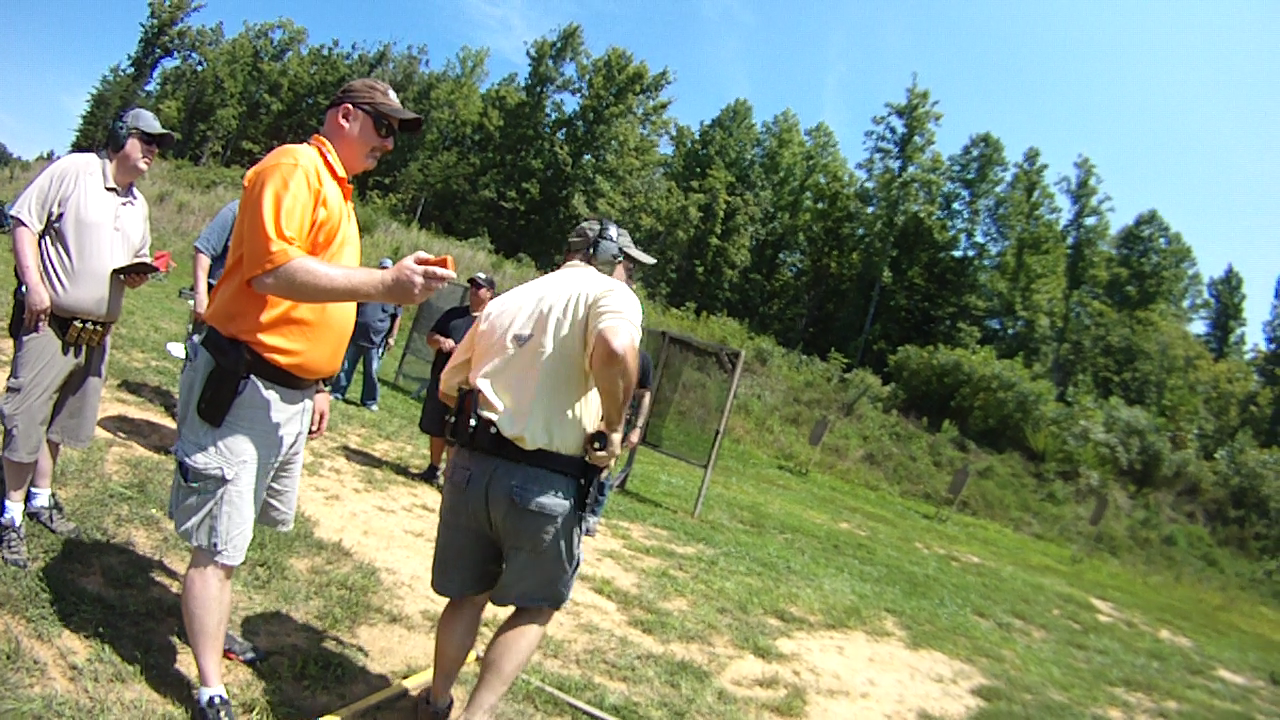 When Alex shared the videos with me, I was very happy he made the offer. Perhaps it's a bit narcissistic to want to watch yourself shoot, but a bit a narcissism is assumed with being a blogger. (And of course, I made my family watch them too.) But most importantly, watching yourself shoot is a great learning tool. There's no hiding mistakes or poor performance from the camera. I spent a lot of time stepping through the videos and making note of the good, as well as the things I need to work on. We all like watching the "pros" shoot, but the way to get better is to watch yourself shoot.

This may not be a new idea to many, but I don't recall seeing folks recording other than from "ground level" in the matches I've been too. Other than having a drone hovering overhead, this may be the most useful tool I come across in some time. I may have to add this to my took kit in the near future. There's still the problem of having to implore another shooter to hold the camera, but I think the offer of returning the favor, and sharing the videos, may be a sufficient bargaining tool.