Another West Coast Brewer Setting Up in Virginia

Last week we heard the news about Stone Brewing Company's expansion to Virginia. This week, San Diego based Green Flash Brewing Company broke ground on their new facility in Virginia Beach.  From the Virginian-Pilot:


The shovels that kicked off construction of a $20 million brewery in the Corporate Landing business park on Monday symbolized more than an economic development achievement for Virginia Beach.

Couple that with Stone Brewing Co.'s announcement last week that it will build a brewery in Richmond, and the state's craft production capacity could quadruple.


We first reported on Green Flash's Virginia plans early last year. But it was still surprising news when I saw the report of the ground breaking ceremony yesterday. I guess I'd forgotten about them. Green Flash plans to build  a 7,400-square-foot tasting room and an outdoor beer garden on the site. 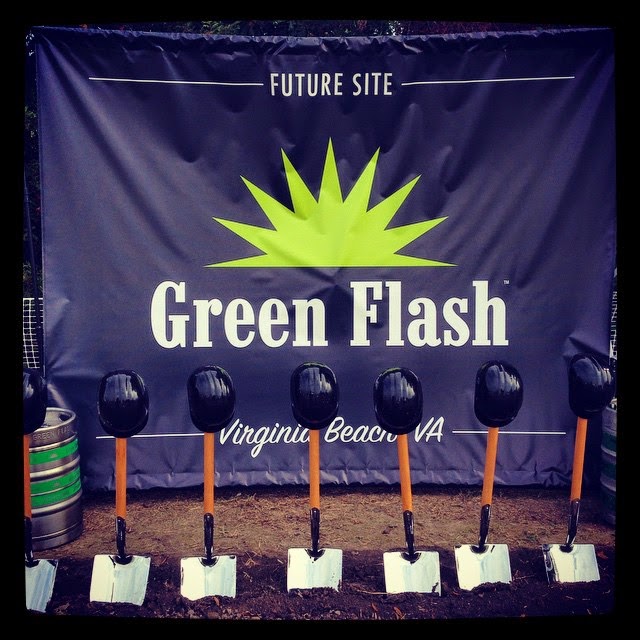