A recent email from the Virginia Citizens Defense League contained an essay entitled "Firearm vs weapon, CHP vs CCW - words mean things." Within that post, VCDL President Philip Van Cleave made this comment,

Avoid the use of the word “weapon” when referring to your firearm.  Weapon has a negative connotation, referring more to something used in an aggressive or offensive manner.  The military carries weapons.  You and I carry for defensive reasons only.  Instead use the words firearm, sidearm, handgun, or the firearm type, such as Glock, Sig, etc.


I was taken aback. What is this PC nonsense? Van Cleave claims that "weapon" has a negative connotation. He posits it is because the military carries "weapons." Does that mean the military has a negative connotation, or is deployed only for offensive purposes? A weapon can certainly be used defensively, as one was just this week in Canada, and also 100's of times each year, by civilians in the United States. I carry a defensive weapon. In fact, I carry a dangerous defensive weapon. If it wasn't so, I wouldn't stake my life on it.

I agree with the VCDL in that "words mean things." That is why we should not cede the language to the hoplophobes. The enemies of freedom have already usurped words like "tolerance" and "liberal." We see it everyday in the news when mass killers are described as "shooters" or "assault weapon" is used to refer to just about any semi-automatic gun that's black.

Do I say "weapon" every time I refer to my gun? Of course not. Will I avoid the use of the term for political correctness? Certainly not.

On the other hand, maybe VCDL is on to something. 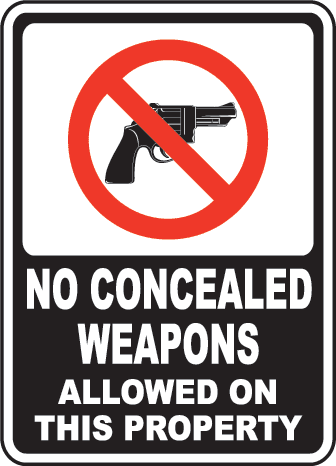 I suppose my "pistol" would be allowed wherever this is posted.