Adventure Grapefruit Wheat is Back

Back in May, during their opening weekend, one of the most popular beers at Adventure Brewing seemed to be their small batch Grapefruit Wheat. In fact, the keg kicked during my Friday evening visit, even before the "official" grand opening on Saturday. I don't think there's been a time I've been at Adventure since that someone didn't ask about the beer's return. Well, this week the popular beer was finally back. Colleen and I stopped in Sunday afternoon and she was able to enjoy her first pints of the beer she's only heard about. I stole a few sips, and it was as good as I recalled. 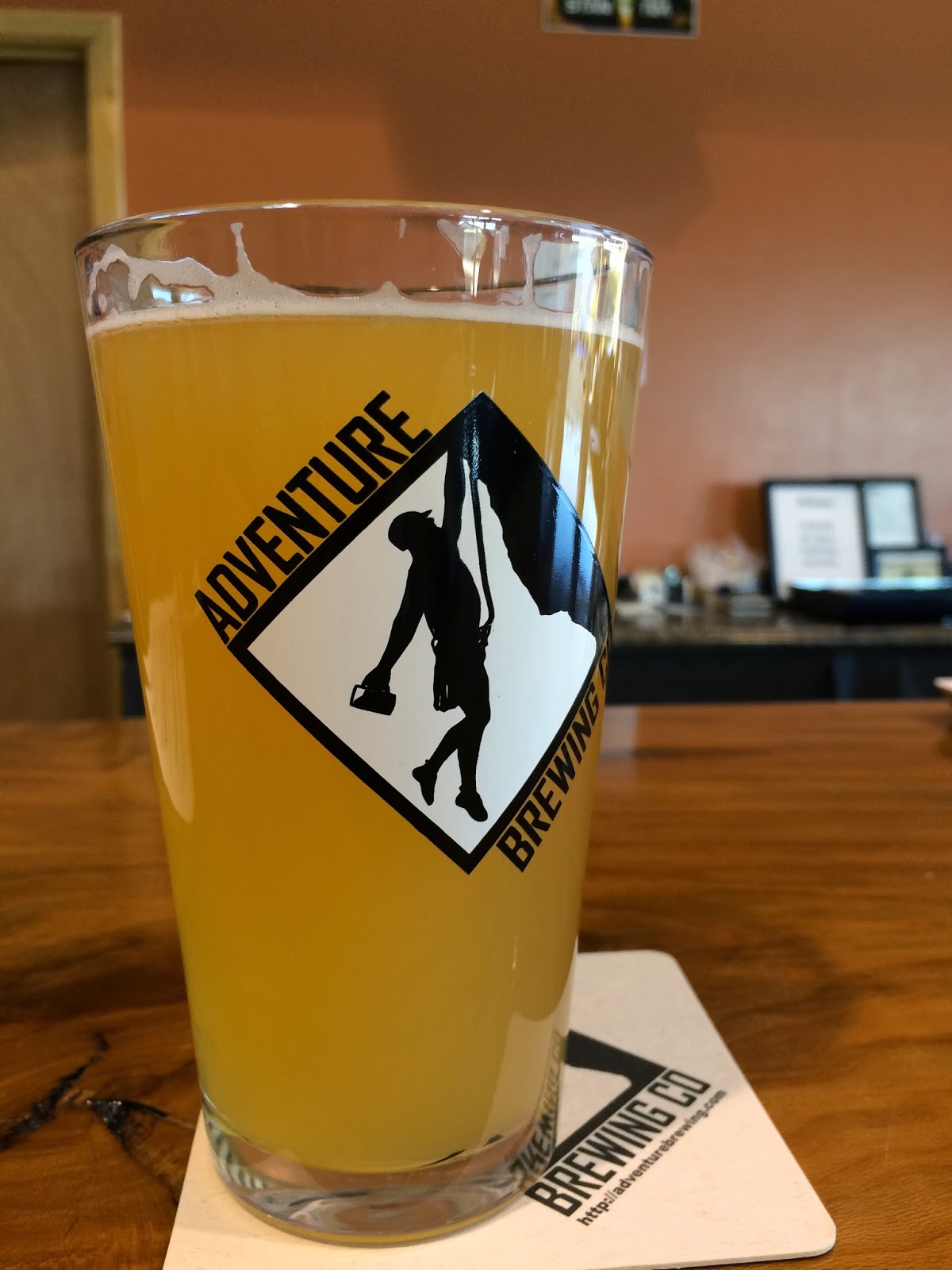 Adventure had posted last Friday on Facebook that they had another experimental small batch brew on tap, an English Bitter. I was very interested in trying that one, but alas it had only lasted the one evening. So I moved on to another new Adventure beer, Sidekick Smash Pale Ale. Sidekick is very low alcohol beer, at around 3% ABV, and is brewed with 100% Virginia grown hops. Sidekick has a mild citrus aroma, and an even milder flavor. It took me a couple sips to get an impression of the subdued citrus flavor profile, but I did enjoy this extremely sessionable ale.

A regular visitor to Adventure Brewing, the STEVE-O's BBQ, Burgers & BACON food trailer was set up in the parking lot so we ordered a couple of Bacon Cheeseburgers and some deep fried "tots" for lunch, and then a couple more beers to go along with the food. Colleen opted for a second pint of Grapefruit Wheat, and I chose Second Ascent Double IPA. Second Ascent is a rich Double IPA, checking in at a respectable 9.1%. Sweet malt combines with plenty of citrus bitterness to make an enjoyable, and amazingly drinkable beer. One was enough for a Sunday afternoon.

We hadn't been back to Adventure for a few months due to busy schedules, and admittedly, an aversion to summer traffic on I-95. But, summer is over, and the interstate congestion is back to "normal" so I am sure we'll be back soon, and regularly.