Each Friday evening there's a special treat in store at Adventure Brewing. It's Randall night! Dave, who also frequently tends the bar at Capital Ale House, dons an Adventure Brewing t-shirt and pours one of the Adventure beers infused with special ingredients. This weekend, we finally had a free Friday, so Colleen and I, along with Checkered Flag, spent it at the brewery. We arrived right at opening time, even before Dave, and listened as just about every one asked, "Where's Dave?" as they entered. This is apparently a popular and anticipated event.

This evening's special was Sweet Innocence Stout, which is Adventure Stiletto Stout pushed through vanilla beans. While we eagerly awaited that, I enjoyed one of my Adventure favorites, Second Ascent Double IPA. And food, of course we needed food too. Fat Mike's Gourmet Grub was set up outside, offering a variety of delicious fare. I opted for a Cheeseburger topped with Fried Pickles, and a side of Jalapeño Poppers. It was the perfect combo to stand up to the Double IPA.

The Randall set up, we eagerly waited as the Stiletto Stout steeped in the vanilla beans. Dave took frequent "test sips" to see if the flavors were ready. Eventually the pours began. The aroma and flavor of the vanilla, combined with the coffee and chocolate flavors of the Stout, made for a tasty and quite enjoyable drink. As the evening wore on, Dave tweaked the set up, a little more bean, more or less steeping time. We also tasted a sample later in the evening and noted the vanilla flavor, while more noticeable, had taken on a "softer" tone. 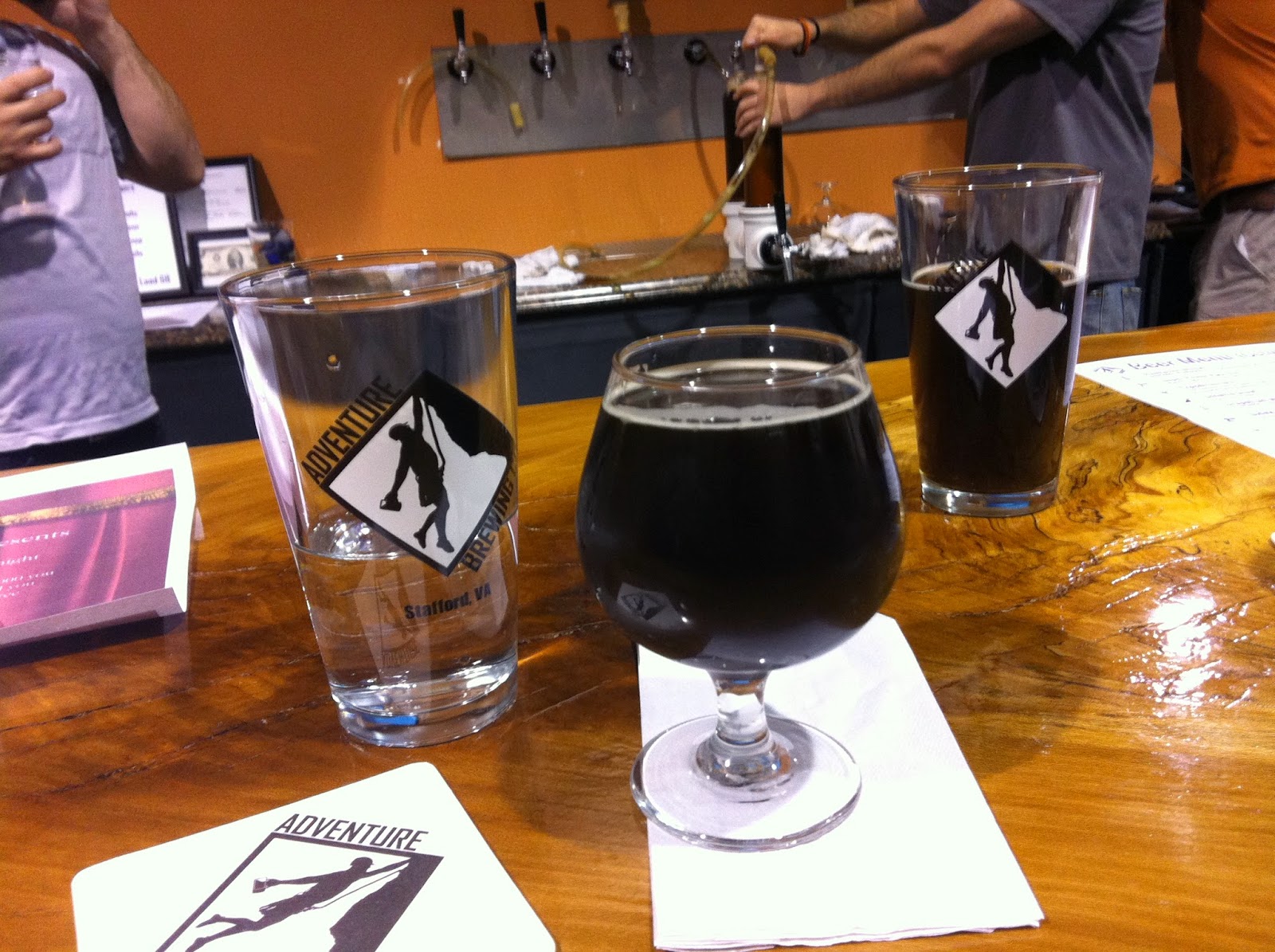 On previous Fridays, they've served Super Power Pale Ale through varied ingredients such as Cucumber, Jerky, Hops or Jalapeños. They've done an IPA with fresh hops, and Stiletto Stout with habanero and coconut. Who knows what tasty combinations will show up next!

We had a very enjoyable evening, chatting with the Adventure folks, and other friends who happened to stop by. Each time we visit Adventure, I'm struck by the "neighborhood" feel, and the friendly atmosphere to go along with the good beer. We have a bit of a trek to get to the brewery, but it's always been worth the drive.