It was like visiting with an old friend. This week's "Steal the Glass" event at Capital Ale House featured beers from Heavy Seas Brewing in Maryland. One of the beers was an old favorite of mine, Loose Cannon Hop3 IPA. Also available were Cutlass Amber Lager and Small Craft Warning Über Pils. Naturally, I started with the Loose Cannon. 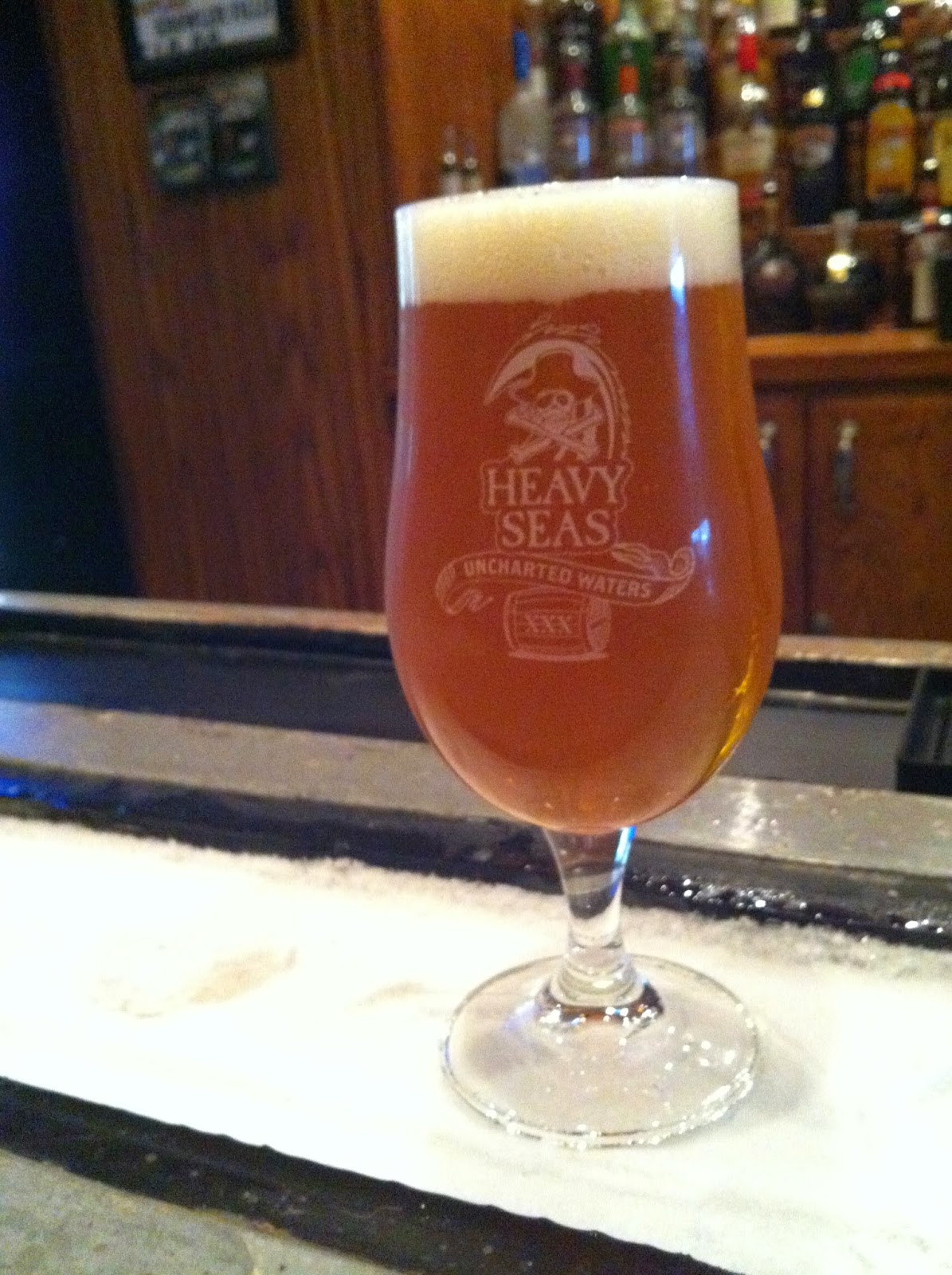 Two different glasses were offered for "stealing," a Belgian-style glass and a standard "shaker pint." I opted for the stemmed glass, as did Colleen for her Cutlass Amber Lager. Loose Cannon on draft has long been one of my favorite beers. It's not uncommon to find that a beer on draft tastes better than the same beer from a bottle. However, I've repeatedly found that Loose Cannon is significantly better on draft. So much so that I rarely bring it home, choosing to enjoy it whenever I find it on draft (which is infrequently in my local area.) The pine and fresh citrus flavors, caramel malt, and mild bitter finish brought back memories of the many pints enjoyed through the years.

I noticed that shaker pint glass offered sported an updated logo, different from the Clipper City/Heavy Seas pints I acquired years ago. So, in the interest of completeness, I opted for another helping of Loose Cannon, this time in the logo pint glass. A man's gotta do what a man's gotta do.