Sunday evening, Colleen and I decided to grab a quick dinner at Capital Ale House. Early Sunday evenings at the pub are generally quiet and we enjoy sitting at the bar and chatting. This evening it was so quiet that we both commented on the enjoyable background music and wondered if it was always playing and we missed it on our numerous previous visits.

After enjoying our meals and accompanying beers, Colleen treated herself to dessert. The desserts at Capital Ale House are made for two people (at least) so I helped a little. However, my "dessert" was a glass of Founders Pale Ale served on nitro. I generally associate Porters and Stouts with nitro servings, though using the gas on other beers is not unheard of, so I ordered a glass, strictly out of curiosity. 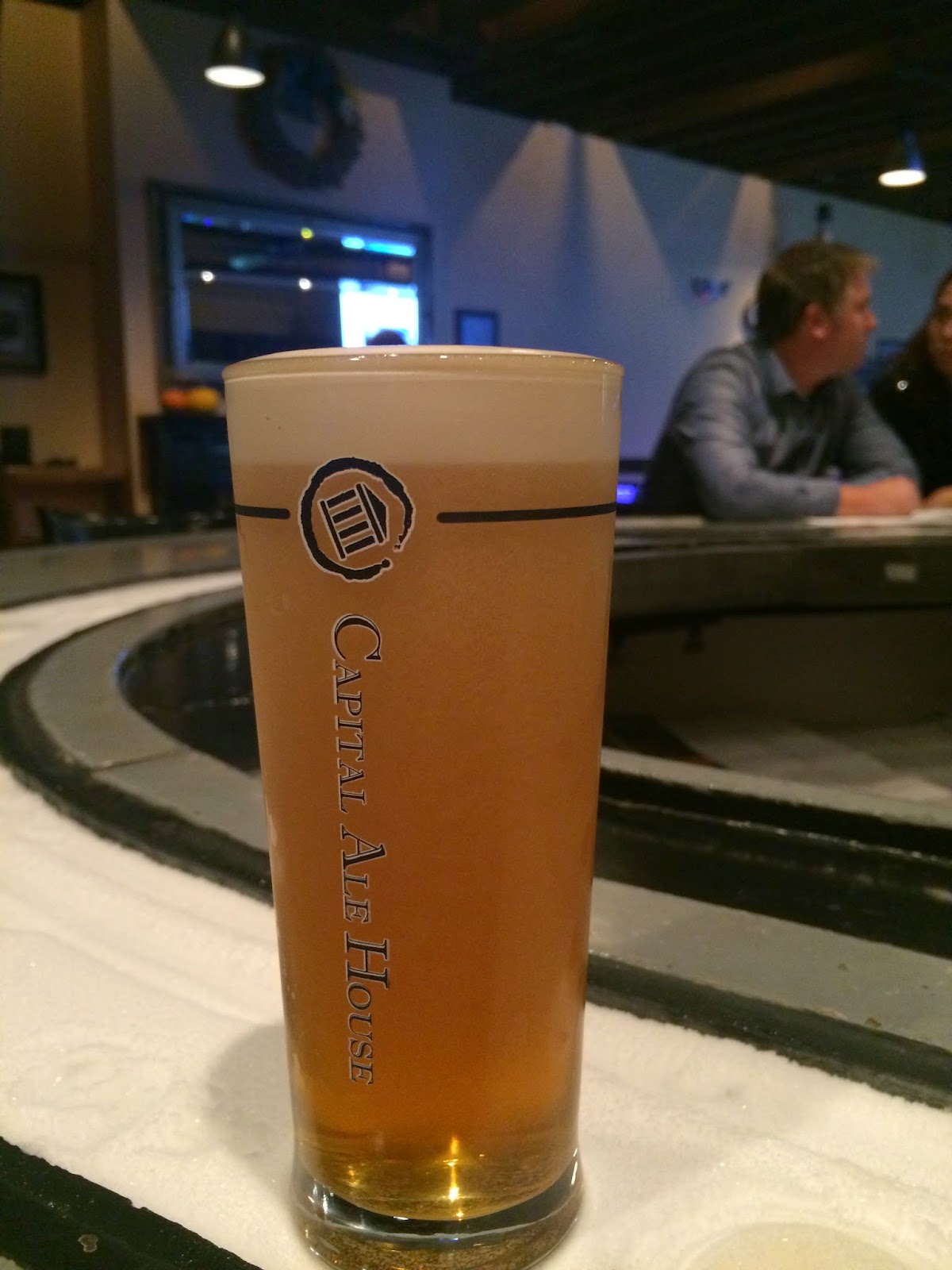 As I saw the server bringing my glass over, I immediately thought of a pour of Boddington's Pub Ale. The beer had the unmistakeable creamy appearance from top to bottom, and the glass was topped with fine foam. I said to Colleen, "Quick, get a picture" since the beer was rapidly clearing as the bubbles rose to the top. The Pale Ale doesn't hold the creamy appearance for long. The bitter citrus flavor of Founders Pale Ale is muted somewhat by the nitro serving, but it is still quite flavorful. As expected the mouthfeel was smooth and creamy. The nitro-induced creaminess lasted throughout the glass, even as the liquid cleared in appearance.

I rather enjoyed the Founders Pale Ale on nitro, and will look for it, and other Pale Ale's served that way in the future.