Colleen, Checkered Flag and I head down to Nelson County on Saturday to take in the scenery, and breweries on Route 151. I had heard that the fall leaf viewing season was underway, so we expected crowds, and indeed they were there. When we drove past Blue Mountain Brewery, the first brewery on the "trail," we were shocked by the number of cars, but since we had other plans, we continued on. In addition to the expected fall foliage sight seers, it seemed every stop we made had wedding party celebrants in house.

We made this same trip last year, so this time were focused on the places we did not stop last time. Our first stop was Wild Wolf Brewery for lunch. Despite the lunch time crowd, it took no time at all to get a table in the outdoor seating area. 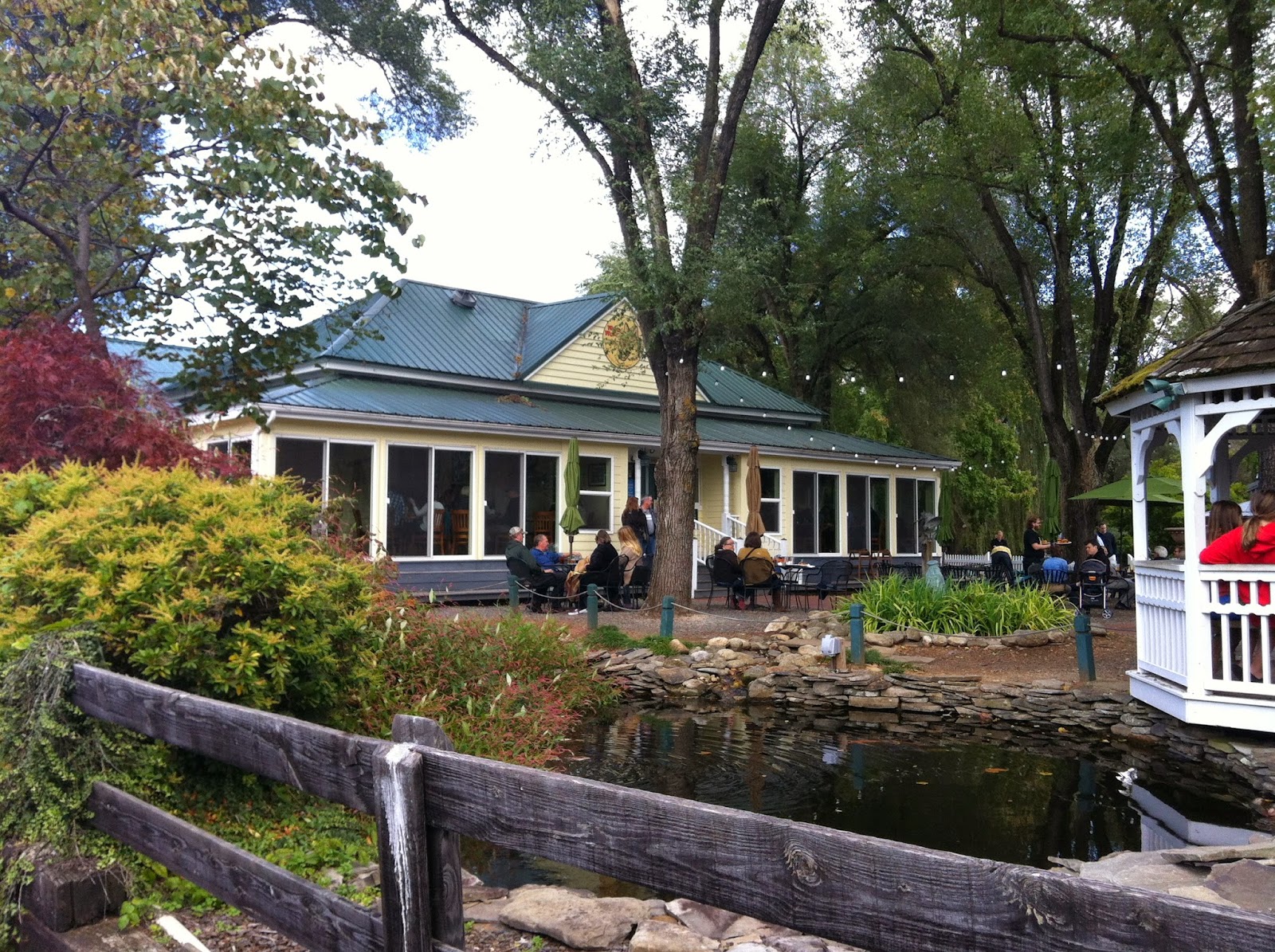 Naturally, the first decisions were regarding beer. I've only had a couple Wild Wolf beers, and they had at least 12 on tap this day, so I was a bit fraught with indecision, and I didn't want to try a bunch of tiny samplers. Eventually I settled on the Wee Heavy, and out of curiosity added a taster of Folktoberfest, the brewery's seasonal Oktoberfest beer. Colleen went for the Blonde Hunny, while Checkered Flag selected the Dry Stout.

For food, we all ended up going the BBQ route; a BBQ platter for Colleen, the House Smoked BBQ Ribs for Checkered Flag, while I strayed off the traditional path a bit with Pulled Pork Tacos.

The Folktoberfest beer was created as the official beer of the annual Richmond Folk Festival. It's a classic German Oktoberfest beer with the addition of Columbus hops, giving a crisp finish to the beer. The Wee Heavy was especially delicious and flavorful. At only 5.7% ABV, it's a mild Wee Heavy but quite enjoyable. The aroma brought forth caramel malt and dark fruit. The flavor was slightly sweet,  a little earthy and nutty, and finished with a pleasant smokiness. It was a fitting accompaniment to the BBQ Pork and spicy jalapeños in the tacos.

My dining companions shared sips of their beers as well. The Blonde Hunny is a Belgian style Blonde Ale. The refreshing unfiltered ale has some honey sweetness, along with a mild citrus and pepper spice kick to it. The Dry Stout is also quite good. It's got roasted coffee and dark chocolate, with a pleasant bitter and dry roasted finish.

All of the beers we enjoyed at Wild Wolf were very well-done. Also, the food was great. The house-smoked BBQ, in all forms, was quite tasty. We enjoyed ourselves very much sitting outside, enjoying the good food, great beer, and beautiful Autumn air. We had other stops planned, and a lot of driving to do, or I probably could have lingered at Wild Wolf for quite some time. We do look forward to going back.